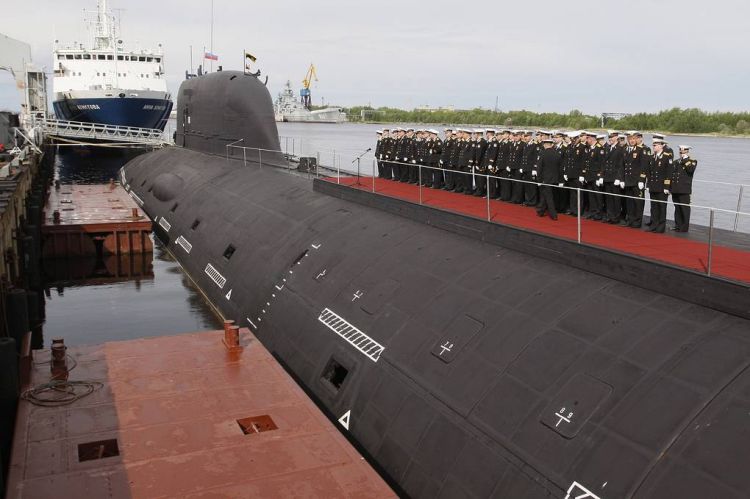 "The crew of the nuclear-powered submarine Kazan made a salvo of two torpedoes from its submerged position against an underwater target. According to a preliminary estimate, the torpedo test-fire passed successfully," the press office said.