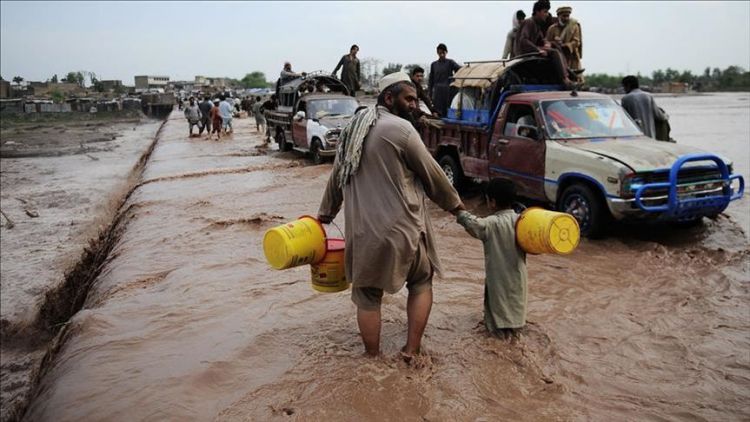 More than two million people were displaced by floods that inundated one-fifth of the country in 2010, triggering mass migration to cities from rural Pakistan.

Of that figure, almost 70% did not go back to their hometowns and permanently settled in big cities to make a living because of the destruction to their homes and farmlands, Ministry of Climate Change spokesman Muhanmad Saleem told Anadolu Agency.

He said seasonal, long-term and permanent migrations mainly due to drought and floods, had taken place in southern, southwestern, and northeastern Pakistan in the last 10 years.

About 700,000 people migrate to big cities from rural Pakistan annually on long-term, and permanent basis, he said, citing international surveys.

Pakistan recently has been placed fifth on the list of countries vulnerable to climate change by the Global Climate Risk Index for 2020.

Pakistan lost 9,989 lives, suffered economic losses worth $3.8 billion and witnessed 152 extreme weather events from 1999 to 2018, according to the Global Climate Risk Index.

The data also indicates the government, as well as the world, is not taking enough measures to cope with challenges and risks climate change poses to Pakistan.