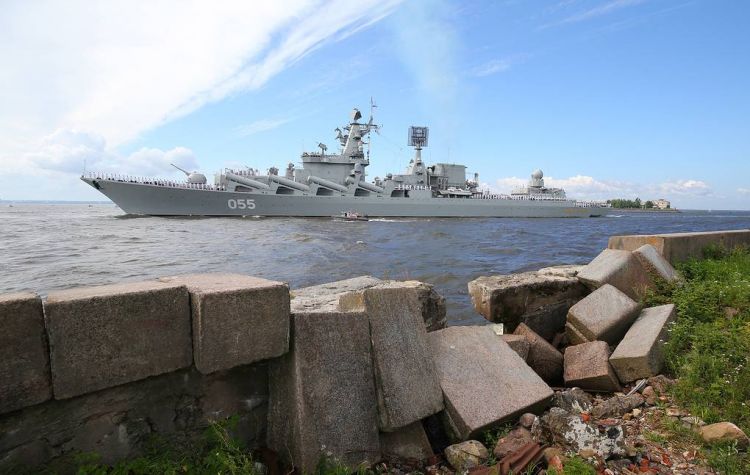 The Northern Fleet missile cruiser Marshal Ustinov has made a business call at the port of Limassol in Cyprus, the Fleet’s press office reported on Wednesday, Eurasia Diary reports citing TASS.

"The missile cruiser Marshal Ustinov will spend three days in Limassol. On January 18, the ship will leave the island of Cyprus and set off for its encounter with the large anti-submarine warfare ship Vice-Admiral Kulakov and support vessels," the press office said in a statement.

The main aim of the visit is "to demonstrate the St. Andrew [Russian naval] flag and naval presence in the region and also to let the crew of the ship, which has been operating outside its home base for over six months already, to have a rest," the statement reads.

In late November, the Northern Fleet sailors held their first joint drills with China and South Africa to provide for safe shipping and maritime economic activity.

In the first ten-day period of January 2020, the cruiser as a flagship took part in the joint drills of Russia’s Northern and Black Sea Fleets in the Black Sea. Russian President Vladimir Putin supervised the naval exercise from the board of the missile cruiser.