Iran urgently deployed dozens of missile systems on the coast of Strait of Hormuz
Read: 1837

US and its allies characterize Chinese and Russian aid as a political ploy to garner influence - US expert-Exclusive
Read: 1348 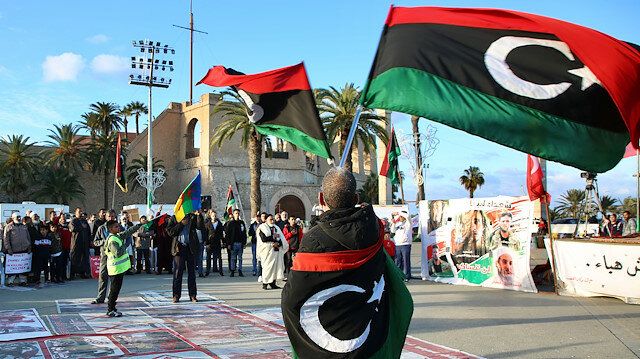 Turkey is a guarantor of lasting peace and stability in Libya, said Altun. “Outside help to the groups fighting the legitimate Libyan government weaken cease-fire efforts.”

Turkey’s support for the legitimate government in Libya ensures that a diplomatic solution is prioritized, but shutting down oil refineries recently in eastern Tripoli are counterproductive, he said. “Turkey will be in Berlin to achieve peace.”

The Berlin Conference on Sunday is an invitation by Germany in an attempt to achieve stability in the region.

“We expect that all countries will work in the interest of the Libyan people not toward nefarious goals intended to increase their regional influence. Libya should not be a battleground for outside powers,” he said

Altun also warned that violence in Tripoli would result in new refugee flows to Europe, and Turkey is the only country standing in the way.

“Countries like Greece must avoid encouraging parties to wreak more havoc,” he stressed.

“We are headed to Berlin with all our diplomatic resources mobilized. We look forward to constructive results that would be respected by all parties. The Libyan people deserve the respect and support of all regional countries,” he said.