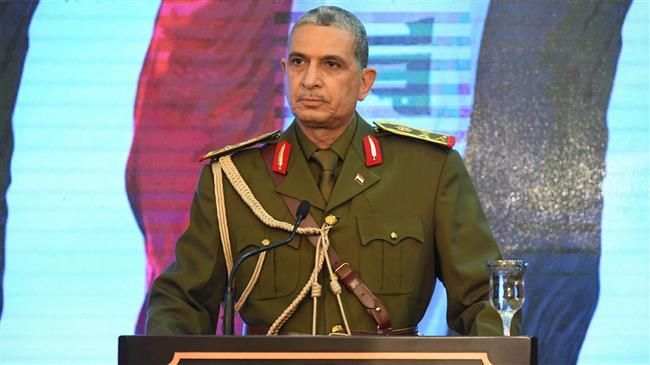 In a statement released on Thursday, Iraq's Defense Ministry announced a meeting between the army chief of staff, Lieutenant General Othman al-Ghanimi, and Russian Ambassador Maksim Maksimov, along with Moscow’s newly arrived defense attaché in Baghdad.

Ghanimi praised Russia for providing Iraqi "armed forces with advanced and effective equipment and weapons that had a major role in resolving many battles."

Maksimov, for his part, invited Ghanimi to Moscow and meet with his Russian counterpart “within the framework of strengthening cooperation between the two sides."

Meanwhile, a senior Iraqi military intelligence official, who was speaking on condition of anonymity, told The Associated Press that Russia was among the countries that offered military support in the wake of fraught Washington-Baghdad ties.

On January 5, the Iraqi parliament voted overwhelmingly in favor of a resolution calling for the expulsion of all foreign forces, including some 5,200 American forces, after the US assassination of general Soleimani and his Iraqi trenchmate al-Muhandis two days earlier.

General Soleimani was in Baghdad at the invitation of the Iraqi government.

Infuriated by the Iraqi parliament's vote, Trump threatened sanctions should US troops be expelled from the country.

On January 6, then Iraqi prime minister Adil Abdul-Mahdi reportedly revealed to the parliament the details of his interactions with Trump in the weeks leading up to the US assassination of the top Iranian anti-terror commander

He tried to explain how Washington had been browbeating him and Iraqi lawmakers to toe the American line, even threatening to engage in false-flag sniper shootings of both protesters and security personnel in order to inflame the situation.

According to reports, the Iraqi premier "spoke angrily about how the Americans had ruined the country and now refused to complete infrastructure and electricity grid projects unless they were promised 50% of oil revenues, which Abdul-Mahdi refused."

"This is why I visited China and signed an important agreement with them to undertake the construction instead. Upon my return, Trump called me to ask me to reject this agreement. When I refused, he threatened to unleash huge demonstrations against me that would end my premiership," Abdul-Mahdi reportedly told the parliament.

"Huge demonstrations against me duly materialized and Trump called again to threaten that if I did not comply with his demands, then he would have Marine snipers on tall buildings target protesters and security personnel alike in order to pressure me. I refused again and handed in my resignation. To this day the Americans insist on us rescinding our deal with the Chinese," he added.

Earlier this week, General Frank McKenzie, the US Middle East commander, held talks in Iraq in bid to mend strained relations and shut down calls for US troop withdrawal.

Speaking after his visit, he acknowledged that the ties between the US and Iraq were “in a period of turbulence."