I’d rather run against Bloomberg than Sanders - Trump 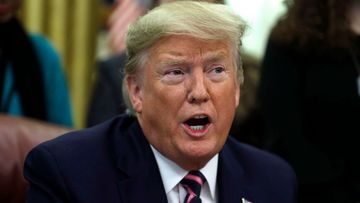 Trump expressed some sense of worry about Sanders’ devoted following, suggesting that Bloomberg’s rising support would not be as unwavering.

"Frankly, I would rather run against Bloomberg than Bernie Sanders," he told reporters, "because Sanders has real followers, whether you like them or not, whether you agree with them or not — I happen to think it’s terrible what [Sanders] says."

"Bloomberg is just buying his way in," Politico cited the U.S. leader as saying.