An artillery attack on a second US military convoy in Syria
Read: 808 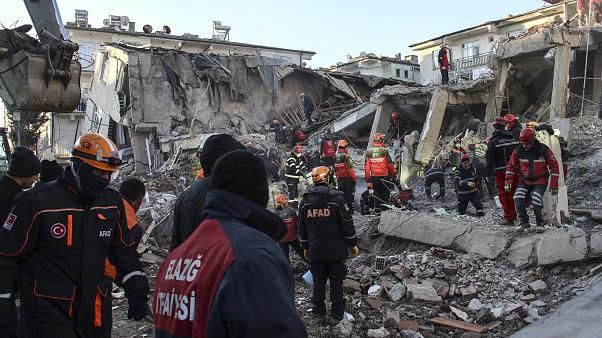 Seven people died and others were stuck under collapsed buildings in southeastern Turkey on Sunday after a magnitude-5.7 earthquake struck near the border with Iran, the Turkish interior minister said as rescue teams arrived in villages,Eurasia Diary reports citing Vestnik Kavkaza.

Three of those killed in the shallow tremor were children and five people were reported injured, according to Minister Suleyman Soylu. He added that some 1,066 buildings collapsed.

Turkish TV footage showed people digging through rubble with shovels as well as crumbled exterior walls of homes, cracks in roads and residents outside in the snow.

The European Mediterranean Seismological Centre (EMSC) said the quake had a depth of 5 km (3.1 miles). Iranian officials said it had been felt in Iran but that there were no immediate reports of deaths.

Turkish public broadcaster TRT World said the quake affected about 43 villages in Turkey, which has a history of powerful earthquakes. There were also reports of building collapses in the Turkish city of Van.