Russian plane with medical equipment departs for US
Read: 1209

What if mother Earth stands behind COVID-19?
Read: 323 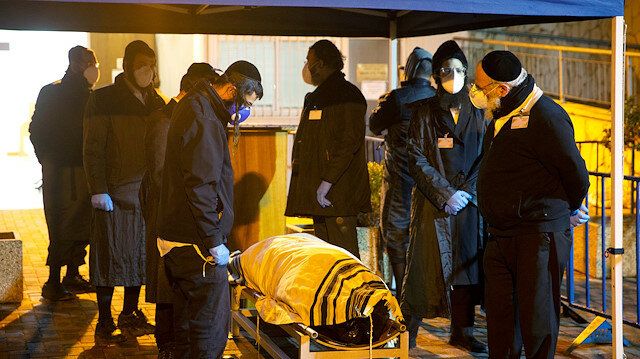 Israel's coronavirus infections rose to 1,656 on Tuesday after 214 new cases were detected, according to the health ministry, EDNews reports citing Yeni Safak.

A statement by the ministry said 31 patients are in critical condition, while 49 have recovered from the virus.

Israel confirmed its first death from the disease on Friday.

Israel has taken several measures to stem the spread of the disease, including closing down cafes, restaurants, hotels, shopping malls, and entertainment venues.

Last week, the Israeli government decided to track confirmed and suspected coronavirus patients by monitoring their cell phones as part of its fight against the virus.

The virus first emerged in Wuhan, China, last December and has spread to at least 168 countries and territories. The World Health Organization has declared the outbreak a pandemic.

There have been over 382,600 confirmed COVID-19 cases worldwide since last December and the death toll now tops 16,580, while over 101,890 people have recovered, according to data compiled by the U.S.-based Johns Hopkins University.