Upgraded Borei-A nuclear-powered sub to be handed over to Russian Navy May 25 | Eurasia Diary - ednews.net

Russian fighter jet shot down two additional US drones near Khmeimim air base in Syria
Read: 583

Russia plans to expand its military bases in Syria
Read: 300 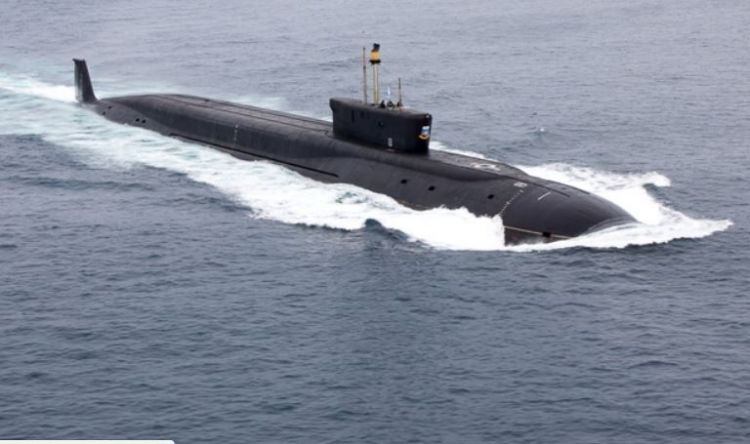 A handover certificate for the Project 955A (Borei-A) first upgraded strategic nuclear-powered submarine Knyaz Vladimir will be signed on May 25, EDNews.net reports citing Tass News.

"The submarine is currently undergoing underwater trials in the Whine Sea. By the end of the week, it will be back at Sevmash (the submarine’s manufacturer - TASS). It is planned to sign a handover certificate on May 25," the source said, adding that it is planned to hoist the St. Andrew flag, i.e. to put the ship in service in the Russian Navy, in mid-June.

Sevmash’s press service refrained from comments on the information from the source.

Another source in the sector told TASS earlier that the Knyaz Vladimir had set off for the White Sea from Severodvinsk for final trials. Later, the Northern Fleet confirmed these reports, saying that the trials were meant to check the quality of the removal of problems exposed earlier.

The Knyaz Vladimir is the improved Project 955A strategic missile-carrying underwater cruiser, which represents the fourth generation of nuclear-powered subs built for the Russian Navy. It was floated out in November 2017. According to the data of Russia’s Defense Ministry, the sub Knyaz Vladimir is less noisy and features improved maneuvering, depth and armament control systems.

The nuclear-powered sub Knyaz Vladimir has fully undergone state trials. In the autumn of 2019, it test-fired a Bulava intercontinental ballistic missile.

Four more Borei-A submarines are at various stages of their construction. Also, a contract has been signed for building two more missile-carrying underwater cruisers of this Project. There are also plans to build two more Borei-A subs.

Project 955 and Project 955A submarines have been developed by the Rubin Central Design Bureau for Marine Engineering (part of the United Shipbuilding Corporation). All Borei-class submarines carry 16 Bulava ballistic missiles. They are also furnished with 533mm torpedo tubes. Currently, three Project 955 nuclear-powered missile-carrying subs are operational in the Russian Northern and Pacific Fleets.