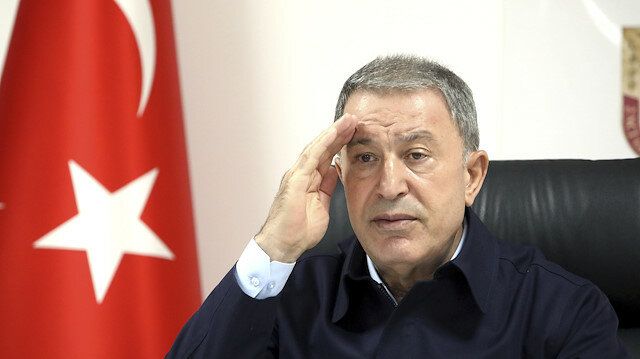 Turkey’s defense minister and top force commanders on Saturday carried out inspections along the border where southern Turkey meets northern Syria, according to security sources, EDNews.net.

Hulusi Akar was joined in the inspection by Turkey’s chief of General Staff and senior commanders from the land, air, and sea forces, said the sources, who asked not to be named due to restrictions on speaking to the media.

The inspections come amid Turkey’s continuing operations to rid the region of terrorists and make the area safe for civilians.

Akar also reportedly stressed that Turkey's defense forces are complying with measures to stem the spread of coronavirus in all its camps in the region.

Akar also said that 13 terrorists planning attacks were "neutralized" by Turkish air and land forces in the Haftanin, Zap, Hakurk, and Gara regions of northern Iraq.

The terrorists' affiliation was not given, but YPG/PKK terrorists often hide out in northern Iraq to plan attacks against Turkey across the border.