'At best, vaccine will be found in 9 months, while at worst virus will spread again' - UN Secretary-General says
Read: 498

Ex-PM Medvedev speaks about his relations with Putin
Read: 481 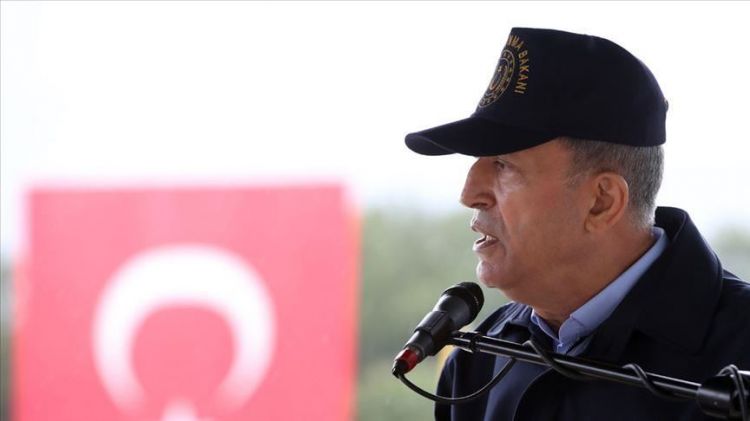 Turkish security forces have so far “neutralized” a total of 1,458 terrorists in cross-border operations since the beginning of this year, defense minister said on Monday, EDNews.net reports citing Anadolu Agency.

“As of Jan. 1, a total of 1,458 terrorists have been neutralized as a result of the operations carried out within the framework of the fight against terrorism in northern Iraq and Syria,” Hulusi Akar said in the central Kayseri province.

“Turkish Armed Forces will resolutely continue its fight until the last terrorist is neutralized,” Akar added.

Stressing that Turkey makes every effort to continue to find a political solution in Syria, Akar said: “Although there are some minor violations [in northwestern city of Idlib], the cease-fire is generally observed.”

“As a result of the cease-fire, approximately 300,000 Syrian brothers and sisters returned to their homes safely and voluntarily,” he added.

Since 2016, Turkey has launched a trio of successful anti-terrorist operations across its border in northern Syria to prevent the formation of a terror corridor and enable peaceful settlement by locals: Euphrates Shield (2016), Olive Branch (2018), and Peace Spring (2019).