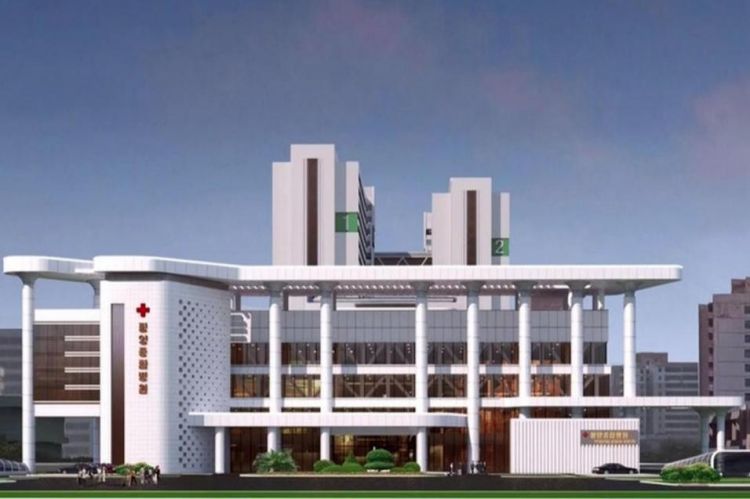 Pyongyang's state-controlled news agency KCNA reported Tuesday the inpatient and outpatient wards are "under construction" at the same time as the frame construction, quoting a worker on site. State media said the workers are North Korean soldiers who have been mobilized to work at the location.

KCNA added the worker-soldiers are using concrete mixers, steamrollers and other heavy machinery to "achieve high performance" at the site every day. North Korea's "Eighth Construction Bureau" is involved in the Kim-initiated project, described as a "new innovation" on Tuesday.

The hospital construction report comes less than a month after North Korea's Rodong Sinmun said foundation construction was completed in 20 days, ahead of schedule. When completed, the new building will occupy an area on Munsu Street in the Taedong River district of east Pyongyang, according to South Korean press reports in April.

In March, Kim had suggested medical facilities were inadequate to cope with an epidemic. North Korea never confirmed any cases of COVID-19 in the country and has previously claimed victory over the deadly virus.

South Korea's administration continues to pursue engagement with the North, and may be turning its attention to a "post-coronavirus" era of North Korea policy.

A source at Seoul's unification ministry said Tuesday it is not reading too much into North Korea state media messages condemning the South, South Korean news service Newsis reported.

The ministry's source said the move from multiple North Korean news services to criticize the South is "unprecedented" but because the messages are "all of a kind," South Korean officials are not placing too much emphasis on the messages when formulating North Korea policy, the report says.