'At best, vaccine will be found in 9 months, while at worst virus will spread again' - UN Secretary-General says
Read: 497

Ex-PM Medvedev speaks about his relations with Putin
Read: 479 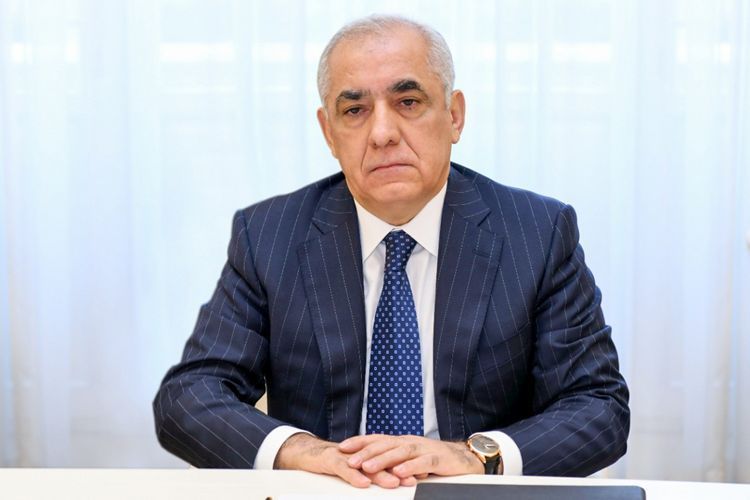 The Prime Minister of the Republic of Azerbaijan Ali Asadov has appealed to citizens, EDNews.net reports citing APA.

A. Asadov said in order to prevent coronavirus infection spreading worldwide beginning from January 2020 and imported in Azerbaijan as well in February 2020, the urgent and resolute measures have been and are being taken by the state and government beginning from the first days of the infection: “In order to operatively implement the prophylactic and urgent measures, the Task Force under the Cabinet of Ministers was established by the Order of the President of the Azerbaijan Republic dated February 27, 2020.

The Task Force announced a special quarantine regime in Azerbaijan from March 24 until April 20 according to the Law “about sanitary and epidemiological welfare”, the massive events were canceled, the land borders of our country were closed, the transportations between the cities and regions were suspended. In order to strengthen the fight against the disease, the special quarantine regime was gradually toughened. During that period, in order to prevent the threat that could be posed by the epidemic on Azerbaijan’s territory, in accordance with tasks of the head of the state, the necessary measures have been and are being taken in all fields and areas. The main purpose of all taken steps is to protect the health and life of our citizens.

The measures taken have given positive results and this has reflected itself in statistical indicators as well. Based on the recommendations of doctors and statistical indicators, from April 27 the Task Force started easing measures in a phased form. During the quarantine regime, the main requirement in the appeals of both doctors and other official persons is to follow sanitary-epidemiological and hygienic rules. The vast majority of our population have shown solidarity by highly appreciating the works done and initially followed those recommendations and requirements."