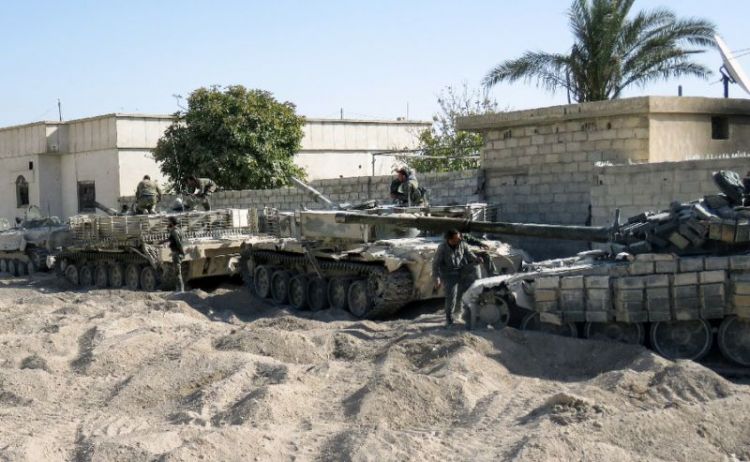 Al-Masdar News information is related to Saratov large landing ship (BDK) seen by the Bosphorus passing through with probably up to 20 tanks and other equipment, not to mention tons of ammunition.

“This week, a Russian ship of Project 1171 of the Navy of the Russian Navy was seen following transit through the Bosphorus Strait towards the eastern Mediterranean and headed for the port of Tartus in western Syria” the AMN source Yoruk Islik said. “It is believed that a Russian ship is transporting tanks and other armored vehicles for arming the Syrian armed forces. This supply is most likely connected with the Turkish military attack in early March, as a result of which several units of armored vehicles and weapons were destroyed in the arsenal of the Syrian Arab Army (SAA)”.

At the moment, neither the Russian nor the Syrian sides have confirmed the information about the transfer of tanks to Syria.