US hegemony has come to an end - Pakistani scholar | Eurasia Diary - ednews.net

In 2018, Russia and Japan were closest to signing peace treaty
Read: 226

US hegemony has come to an end - Pakistani scholar 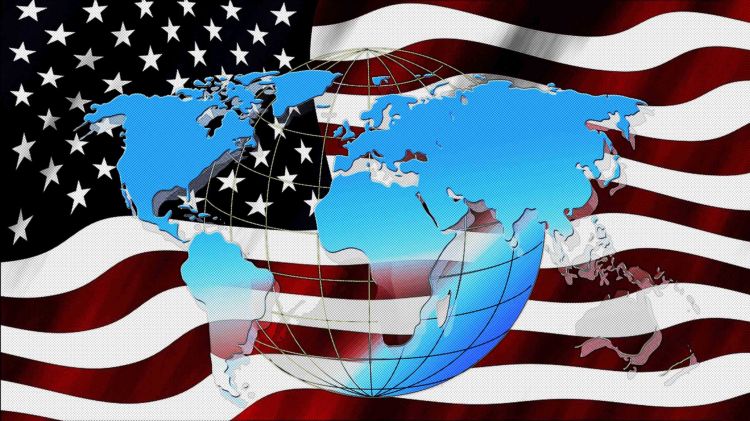 Pakistani scholar and Head of Al-Baseerah Trust says today there are few countries left in the world who consider US as the champion of the human rights because of their interests, while George Floyd tragedy has shown that American hegemony has come to an end, EDNews.net reports citing IRNA.

In an interview with IRNA, Saqib Akbar said the recent situation in the US has proved that black people are forced to live a miserable life in the country.

“They have been treated as if they are not human,” he noted. The analyst said that the whole world is concerned about what is happening to black people in the US.

American people poured into streets to protest against the death of George Floyd - a black man who was unarmed and died in hands of the police putting pressure on his throat until he choked.

Saqib Akbar said that the earlier Wall Street Occupation movement had started in the US because only one percent of the American population was controlling the resources of the country while 99 percent of the people deprived of these resources.

“If we look closely we could see how much barbaric is the American society,” he said.

Saqib Akbar added arms dealers are so barbaric that they want to sell weapons to every American citizen.  He said that the American government has failed to formulate laws regarding sales of arms.

The scholar went on to say that human life and Human Rights have no value in American society. “We are all aware of the American interference in the other countries; we know what have they done in Vietnam, Iraq and Afghanistan and what they are doing in Palestine,” noted the analyst.

He added the US is patronizing the illegal occupation of the Zionist regime on the lands of Palestinians. “But one thing is clear that with each passing day the evil designs of the US have been badly exposed,” he said.

Saqib Akbar said there are few people left in the world who consider the US as the champion of human rights. “We all know that the US is an imperialist country having satanic designs,” he said.

The expert said the rulers of some Muslim states are either coward or scared from the American hegemony or maybe they want to protect their own interests.

He said that international politics is going to witness a change as many other world powers like China and Russia are uniting against American dominance.

“There is no future of American hegemony,” he viewed.  He said that people are standing up against the Arab rulers and princes for what they have done in Yemen and Syria to please the US.

Saqib Akbar said that the people of Yemen deserve high praise for showing up to the Arab and American evil designs against their homeland.

“Earlier they (US) were defeated by Hezbollah in Lebanon, they faced defeat in Syria and even the people of Iraq are united against the American presence,” he said.

He said the US is not in a position to stand against Iran, look Iranian have exported their oil to Venezuela and US could do nothing.

The scholar expressing his views said the ongoing protests have badly exposed the US in the world. “Soon the American hegemony will come to an end and justice will prevail everywhere,” he said.