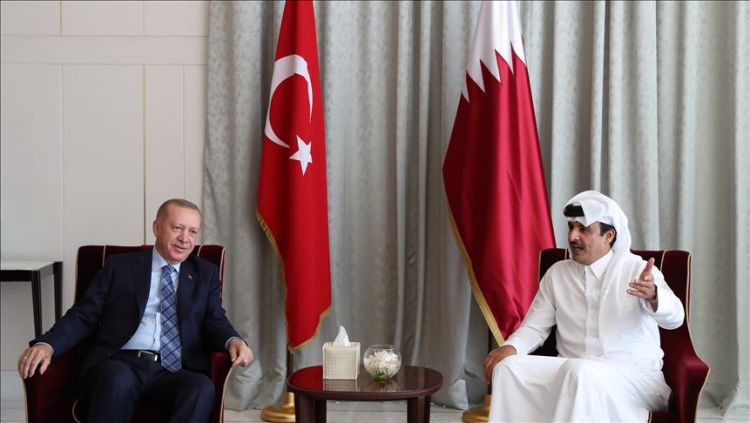 Sheikh Tamim bin Hamad Al Thani made the remarks in a post on his Twitter account after meeting with Turkish President Recep Tayyip Erdogan in the capital, Doha.

Underlining the depth of relations between Qatar and the Turkish people, Al Thani said “the common cultural heritage between Arabs and Turkey as well as the geographic proximity establish constructive cooperation for the stability and development of the region; [it] also contributes completely to the progress of humanity."

The Turkish president and Qatari emir held a meeting at the Pearl Palace to discuss "mutual relations between the two friendly and brotherly countries."

The meeting lasted three hours and was closed to the press.

It was the first overseas visit by Erdogan since the start of the coronavirus outbreak.