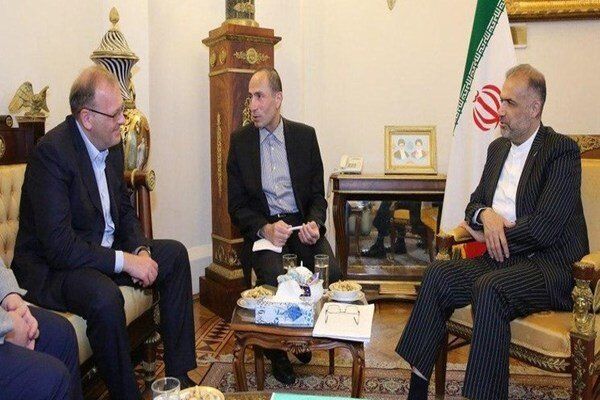 During the meeting held in Moscow on Friday, Iranian Ambassador to Moscow Kazem Jalali and Russia's Deputy Minister of Energy Anatoly Tikhonov discussed the process of energy cooperation.

The two sides agreed to hold the 16th round of the Joint Commission on Economic and Trade Cooperation between Iran and the Russian Federation in September.

Holding a working group on energy cooperation between the two countries and the implementation of several new projects in the fields of agriculture, energy, and transportation were among the topics discussed during the meeting.