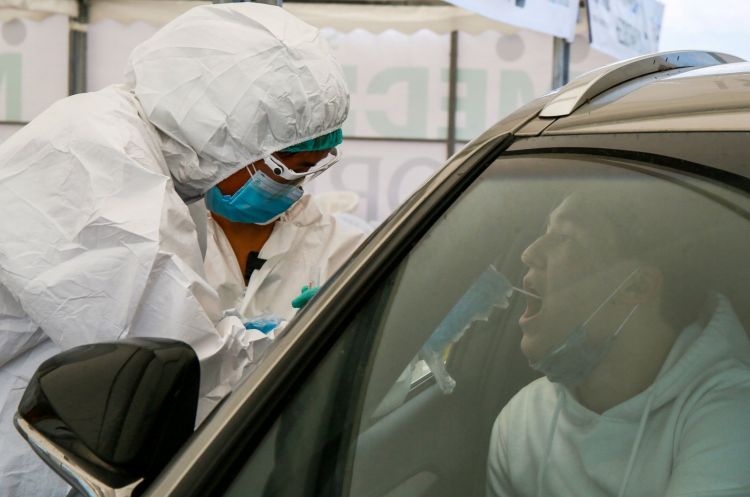 Uzbekistan will impose a second lockdown between July 10 and Aug. 1 to curb a new surge in coronavirus cases since the easing of its first set of restrictions in late May and early June, EDNews.net reports citing Daily Sabah.

Uzbekistan saw a surge in fresh COVID-19 cases in June after lifting many of the restrictions introduced earlier. It has confirmed almost 11,000 cases with 40 deaths; more than half of the latter occurred within the last two weeks.

As in its previous lockdown, Uzbekistan will ban all public gatherings of more than three people. Currently, regulations limit the number of guests at events such as weddings to 30, but health care minister Alisher Shodmonov told state television on Wednesday some people have found loopholes.

Seventy-nine people tested positive after one wedding, he said, which was held in three sittings to formally comply with the rules.

Uzbekistan has divided its territory into green, yellow and red zones depending on the rate of COVID-19 cases in those areas. Capital city Tashkent is mostly yellow, with some red neighborhoods which have been cordoned off.

At the same time, authorities have said more than half of the confirmed cases were people repatriated from abroad. Millions of Uzbeks work in countries such as Russia to provide for their families at home; tens of thousands have returned on state-organized flights since the pandemic began.

Neighboring Kazakhstan has also imposed a second lockdown from July 5, citing a jump in cases.

Kazakhstan, the richest of the five Central Asian states, has also seen its hospitals overwhelmed and drug supplies squeezed as registered cases have grown fourfold since the beginning of last month to top 48,000.

Yevgeny Yeremin, a man who was in a long queue to buy medicines in the former capital Almaty, said he had considered the coronavirus a "joke" and "something political" before his grandfather died from the virus and his elderly mother grew seriously ill.

Complaints poured onto social media on Monday after officials marked a public holiday honoring the capital Nur-Sultan named in honor of ex-leader Nursultan Nazarbayev with an ostentatious firework display in the city.

"Fireworks in honor of what?" Dimash Kudaibergen, a singer with a massive following in China as well as his homeland wrote on his Instagram page with 3.3 million followers. "In honor of taking the first place for coronavirus cases?"

In Kyrgyzstan, registered daily infections have twice topped 500 this month more than the total number of people recorded as infected with the coronavirus at the time the lockdown was relaxed in late May.

The country has reported more than 8,000 cases, but many say the real number of infections is higher, pointing to overflowing hospitals and social media timelines thick with condolences and cries for assistance.

A lack of tests, as well as their poor quality, are two reasons coronavirus is increasingly not being diagnosed or counted as a cause of death, experts say.

Even Turkmenistan, which still insists it is virus-free, on Monday welcomed a 10-day mission by the World Health Organization that will examine the secretive country's response to the pandemic.