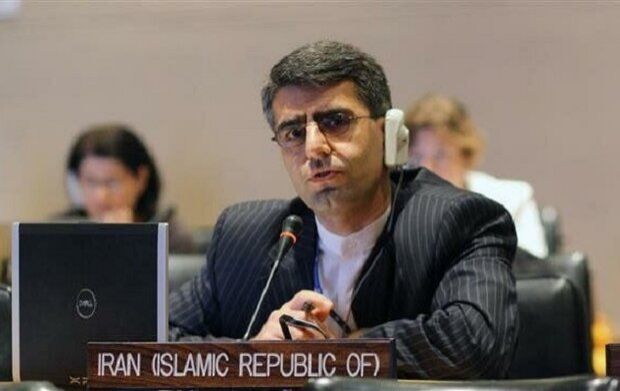 Iran's ambassador and permanent representative to the UN office in Geneva deplored the US’ unilateral sanctions against Tehran, saying such measures are crimes against humanity, Mehr News reports.

Addressing the Regular Session of the Human Rights Council on Tuesday, Esmaeil Baghaei Hamaneh, reminded that unilateral sanctions are a clear violation of international law which brings grave consequences to the Iranian nation.

Reiterating that such measures are “considered as a crime against humanity,” the envoy called on the international community to unite against such blatant injustice.

During his interview with Ms. Alena Douhan, Special Rapporteur on the negative impact of unilateral coercive measures on the enjoyment of human rights, the Iranian envoy said, “The United States has ignored numerous requests from the UN Secretary-General and the High Commissioner for Human Rights.”

Baqaei Hamaneh called the recent US claim that it had unilaterally reinstated the repealed Security Council resolutions, despite strong opposition from Security Council members, another sign of US bullying and the governing body's disregard for international law and the UN Charter.

Emphasizing the responsibility of the sanctioning countries, the Iranian representative also reminded the other countries that according to international law, they should not recognize or implement the violations of other countries because it is contrary to their sovereignty and international human rights obligations.