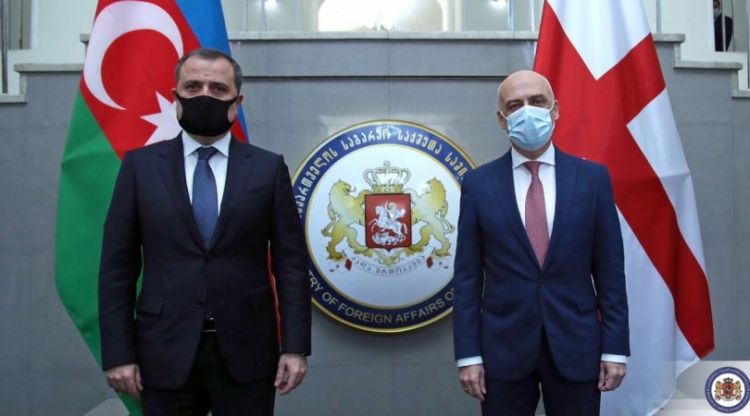 At the meeting, the sides exchanged views on various aspects of high-level strategic cooperation between Azerbaijan and Georgia.

The Georgian Prime Minister thanked the President of the Republic of Azerbaijan for his words expressed about Georgia during his speech on September 19 of this year, noting that this speech was highly appreciated by the Georgian public.

Minister Jeyhun Bayramov conveyed the greetings of the President of the Republic of Azerbaijan Ilham Aliyev to the Prime Minister of Georgia. He stressed that our cooperation and partnership based on good-neighborly and friendly relations are developing at a high level.

The sides noted the importance of large-scale joint regional projects, including energy and transport projects, not only for both countries but also for the region. The importance of the implementation of new projects in this regard was also stressed. The sides exchanged views on further expansion of existing transit opportunities between the two countries.

It was stressed that amid pandemic the cooperation between the countries continued, especially in the field of unimpeded transportation

The parties also discussed opportunities for cooperation in the humanitarian, cultural, environmental, and tourism spheres.