The desecration of Azerbaijani historical buildings and cemeteries is indicative of Armenian hatred - British Journalist
Read: 392

Turkey to continue exploration in East Med till Oct. 22 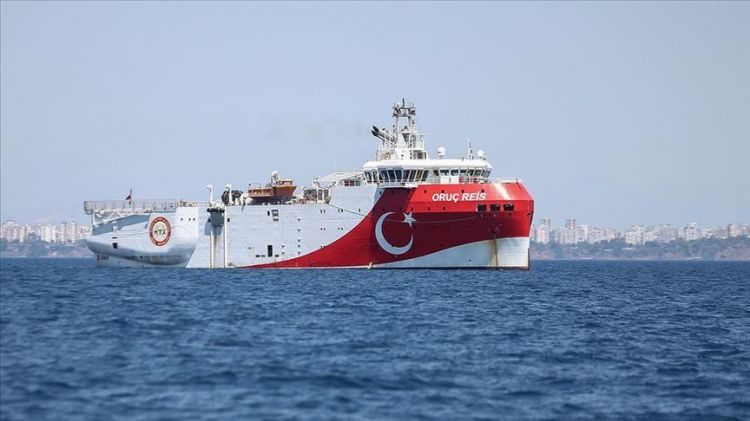 According to the announcement, the vessel’s mission will last from Oct. 12 to Oct. 22.

A Navtex is a maritime communications system that allows ships to inform other vessels about their presence in an area as well as other information.

The Oruc Reis will carry out seismic studies in the Eastern Mediterranean together with two other vessels, the Ataman and Cengiz Han.

The research ship is capable of conducting all kinds of geological, geophysical, hydrographic and oceanographic surveys, especially of the continental shelf and natural resource searches.

Declaring the Greek-Egyptian deal "null and void," Turkey authorized the Oruc Reis to continue its activities in an area within Turkey's continental shelf.

Turkey has consistently opposed Greece's efforts to declare an exclusive economic zone based on small islands near Turkish shores, violating the interests of Turkey, the country with the longest coastline in the Mediterranean.

Ankara has also said energy resources near Cyprus must be shared fairly between the Turkish Republic of Northern Cyprus (TRNC) and the Greek Cypriot administration of Southern Cyprus.