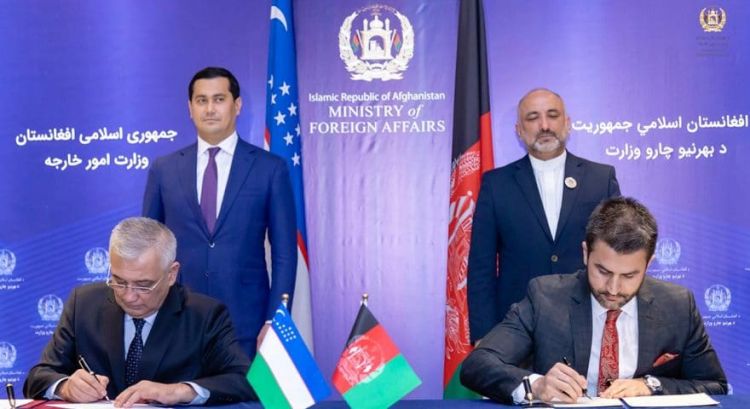 A statement from the ministry’s press office said the memorandums were signed during a visit to Kabul by Sardar Oktamovich Amorzakov Uzbek Deputy Prime Minister and Minister of Investment and Foreign Trade on Wednesday.

On the other hand, referring to the good neighborliness between Afghanistan and Uzbekistan, Amprzakov said that relations between the two countries are in the best possible condition.

He added that these good relations are in the interest of security and peace in both countries.

According to the statement, the two sides discussed the importance of economic projects and foreign policy cooperation between the two countries.

One of the most important topics in these discussions was the finalization of the roadmap and action plan for the projects proposed during the visit of the Afghan Acting Minister of Foreign Affairs to Uzbekistan.

The roadmap covers all bilateral, trilateral, and multilateral projects between the two countries in the areas of transport, transit, energy, power transmission, railway extension, financial and banking integration, and financial security of major projects.

According to the statement, most of these projects are designed on the basis of regional integration.

The two sides agreed that the foreign ministries and sectoral agencies would finalize and support the project and its action plans.