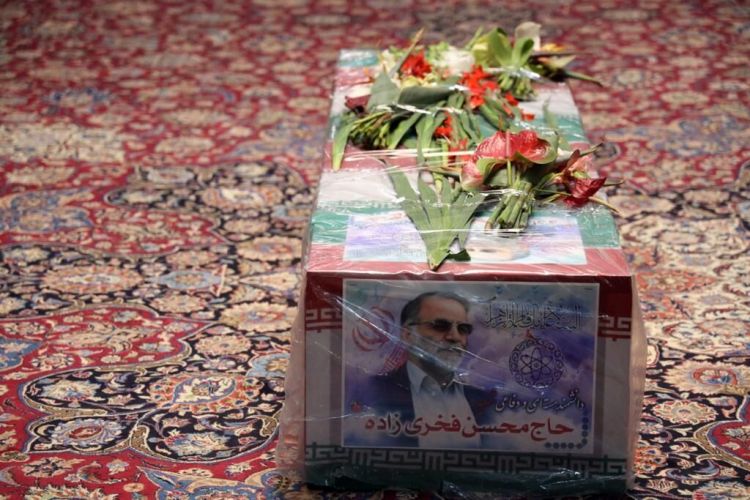 The body of martyr Fakhrizadeh was carried to the holy shrine of Imam Reza in Mashad on Sunday. It then went to Qom for a special ceremony in the mausoleum of Hadrat Masoumeh.

Mohsen Fakhrizadeh, the head of the Research and Innovation Organization of Iran's Defense Ministry, was assassinated in a terrorist attack near Tehran on Friday afternoon.