daily news
Yemen's Houthis attack Saudi Arabia with drones, rockets
Rouhani says Europe should not resort to 'threats or pressure' in any JCPOA talks
Turkey 'neutralizes' 2 YPG/PKK terrorists in N.Syria
Azerbaijan marks International Women's Day
Hubble Captures Stunning View of a Spiral Galaxy
Red hypergiant as bright as 300,000 suns could explain what’s up with Betelgeuse
A planet close to us with a day that lasts forever and an eternal night lit up by exploding volcanoes
US urges Ghani to develop constructive position on peace proposals
﻿

Apophis meteor will gently pass by Earth tonight - experts warn it could collide with our planet in future
Read: 6763

Political expert - Russia's any proposal to the West is hypothetical
Read: 834

Russia’s pullout from Open Skies Treaty was inevitable due to US position, says Beijing 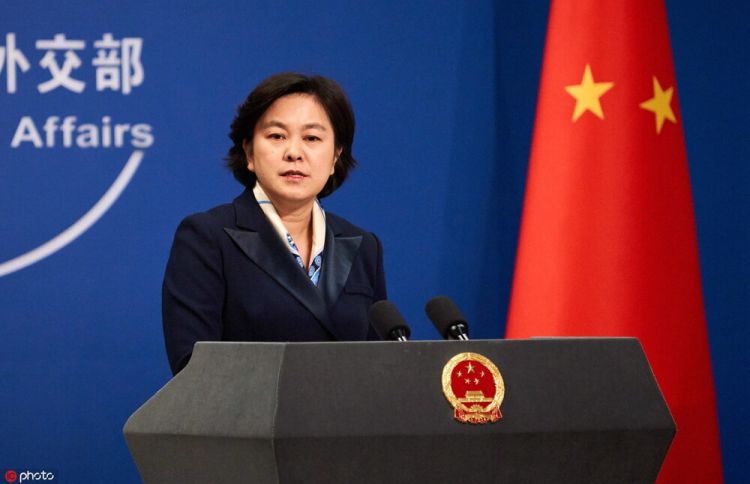 Russia’s withdrawal from the Treaty on Open Skies, announced by the Russian Foreign Ministry Friday, was inevitable due to the lack of desire to cooperate in the United States, spokesperson for the Chinese Foreign Ministry Hua Chunying told a regular briefing Monday, Eurasia Diary reports citing TASS.

"As I understand the direct reason behind Moscow’s decision to initiate the procedure to exit the Treaty on Open Skies was the US unilateral pullout despite the international position. It significantly undermined bilateral trust between the armed forces of the two countries and transparency between the sides," she noted.

"Russia tries to preserve the treaty but did not receive any positive reaction from the US or other parties to the treaty," the diplomat underlined.

"For a long time now, the US has stuck to the Cold War mentality and the America first policy, simultaneously leaving multilateral agreements and international organizations which affects the international arms control regime and disarmament. Facts show that a bright future can be secured through dialogue and cooperation rather than unilateral policies. China is calling on the US to listen to concerns of the international community and take measures to maintain global strategic stability, peace and security in the region and beyond," the spokesperson concluded.

On January 15, the Russian Foreign Ministry announced that Russia launches withdrawal from the Treaty on Open Skies. Other parties will receive the relevant notification when the domestic procedures are completed.