Apophis meteor will gently pass by Earth tonight - experts warn it could collide with our planet in future
Read: 5963

Not a single Armenian will live in Karabakh - Time is in our favour
Read: 314

Egypt understands that it is impossible to isolate Turkey in Eastern Mediterranean - Expert
Read: 283 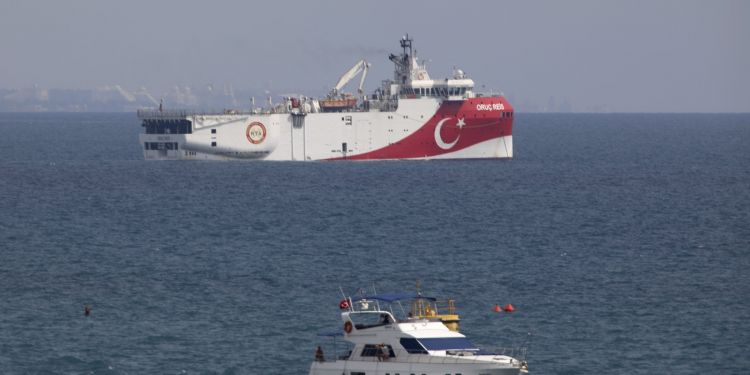 Turkish and Greek diplomats will meet in Istanbul on Monday to try and iron out differences over maritime boundaries for the first time since 2016, Bloomberg reports.

The 61st round of the so-called “exploratory talks” were decided under pressure from European Union and NATO allies after the traditional rivals mobilized their navies and warplanes against one another in the Mediterranean Sea over the past year.
Turkey and Greece sharply disagree even on the agenda of the talks meant to defuse years of conflict over sovereignty of the areas off their coasts. For the Greeks, they’re not even talks but contacts. While expectations are low, the talks could be deemed successful if both sides maintain dialog. A renewal of tensions could potentially trigger tougher EU sanctions against Turkey over its unilateral search for energy in contested waters of the Mediterranean.
Greece “will willingly discuss” with Turkey, “in accordance with international law, the issue that the two countries have disagreed over for decades and that caused the recent tension, namely the delimitation of maritime zones in the Aegean and east Mediterranean,” Greek Prime Minister Kyriakos Mitsotakis told lawmakers in Athens last week.
He ruled out discussing Greece’s sovereignty or rights and international treaties, saying that “we are going to the contacts with optimism, self-confidence and hope,” but not “with any naivety.”

Turkey, however, wants to expand the scope of the negotiations to other long-running disputes with Greece.