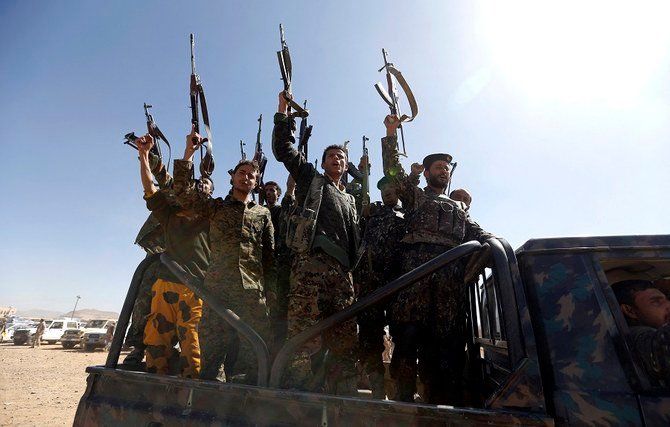 The Security Council – which extended sanctions against Houthi commanders this week -  also called for an immediate cessation of attacks without preconditions, adding the need for de-escalation in all areas of Yemen and called for a nationwide ceasefire.

It further called on Houthis to allow United Nations officials access to the Safer oil tanker in the Red Sea.

The council also said the Houthis bear responsibility for the situation which poses an environmental and humanitarian threat.

Earlier in February, the Arab coalition foiled multiple attacks launched by the militia against the Kingdom, including a drone attack on Abha airport which drew international condemnation after it caused a passenger plane to catch fire.

Meanwhile, Yemeni government officials and Western diplomats have pressured the Houthis to allow a team of UN experts access to the tanker to conduct vital maintenance.

They warned the rebels that they would be held responsible if the tanker crumbled and caused a predicted environmental and humanitarian catastrophe.