Philip’s funeral to be televised, public will not be allowed to attend due to pandemic 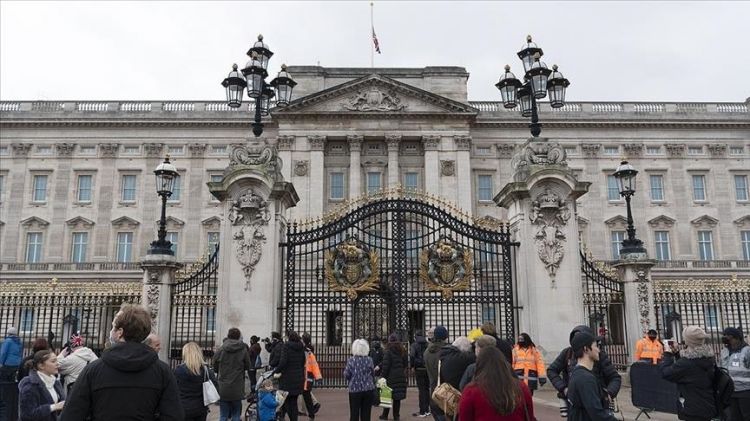 Prince Philip’s funeral will take place next Saturday and there will be a national minute’s silence at 3:00 p.m., local time (1400GMT), local media reported on Saturday.
Due to the pandemic, the public will not be allowed to attend the funeral that will be televised.
“While this is naturally a time of sadness and mourning for the royal family and the many others who knew or admired the Duke of Edinburgh, it is hoped that the coming days will also be seen as an opportunity to celebrate a remarkable life - remarkable both in terms of his vast contribution and lasting legacy,” a royal spokesman said.
The funeral will take place within Windsor Castle, but there will be no public processions due to the pandemic. The Royal Family have also asked the public to watch the funeral on television, rather than turn up to royal residences.
The country’s coronavirus guidelines limit funeral attendance to 30 people. The funeral will fully comply with all government guidance, including social distancing among the guests.
The list of attendees has not yet been made public, but Prince Harry will fly in from the US to attend the funeral. His wife Meghan, who is pregnant, has been advised by her doctor not to travel.
State funerals are usually reserved for the monarch, and in line with Prince Philip’s own wishes he will not be given one. Rather, he will have a Royal ceremonial funeral, like the one given to the Queen Mother.
Prince Philip planned his own funeral, with the Queen’s ultimate approval.
His plans for the funeral, codenamed Operation Forth Bridge, were settled on for years, but the pandemic means last-minute changes have had to be made. It was originally planned to have 800 attendees. The new funeral plans have been approved by the Queen.
Prince Philip, duke of Edinburgh and husband to Queen Elizabeth II, died on Friday at the age of 99.