US deports woman who was a commander in the Rwandan genocide | Eurasia Diary - ednews.net

US deports woman who was a commander in the Rwandan genocide 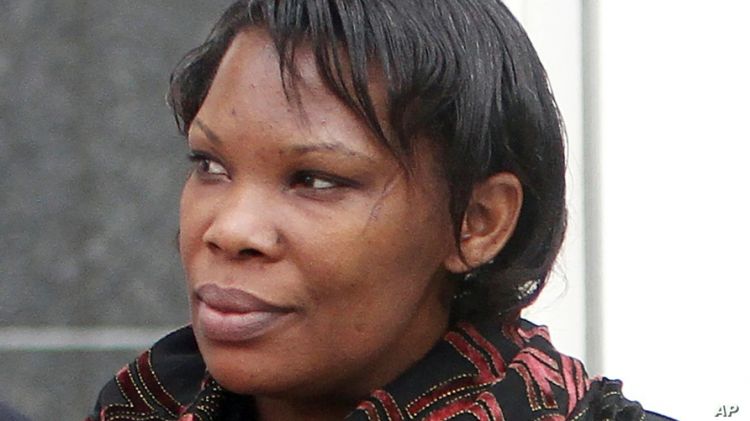 The United States deported a woman who was a commander in the 1994 Rwandan genocide, according to multiple reports.
An attorney for Beatrice Munyenyezi confirmed to The Associated Press that she was deported on Friday.
“Yes, that did happen,” Munyenyezi’s lawyer Richard Guerriero told AP in an email about her deportation.
She was previously sentenced to ten years in prison in Alabama in 2013 for lying about her role in the genocide to obtain American citizenship.
Munyenyezi appealed the ruling over how the jury was instructed during her trial, but lost her appeal in March.
Munyenyezi’s plane touched down at Kigaili International Airport at 7:04 p.m. on Friday, according to the Rwandan Broadcasting Agency (RBA). Video shared to Twitter by the news outlet shows her being handed over to authorities after her plane touched down.

BREAKING:
At exactly 07:04 p.m on Friday, 16th April 2021, the plane carrying Genocide suspect Beatrice Munyenyezi touched down at Kigali International Airport after a long flight from the USA, as a deportee and formally handed over to Rwandan authorities. #RBANews pic.twitter.com/g9uoJdkMFD

According to Rwandan newspaper The New Times, Munyenyezi stood at roadblocks to conduct identification checks and find people that belonged to the ethnic Tutsi minority.
She then handed them over to the Interahamwe, the Hutu militia, to be killed.
The Times also reported that Munyenyezi would ask women to be raped before they were killed.
Munyenyezi will be charged for multiple crimes in Rwanda, including murder and complicity in rape.
Her mother-in-law and husband have been convicted and sentenced by the International Criminal Tribunal in Rwanda for the roles in the genocide, Reuters reported.
The genocide, which occurred between from April to July of 1994, killed about 800,000 people, most of which were Tutsi, according to Reuters.