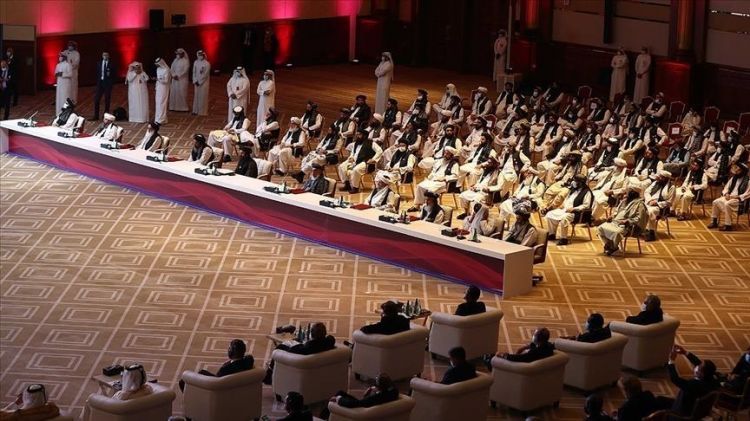 Turkey announced Tuesday that it is postponing a much-anticipated Afghan peace conference in Istanbul until the end of the Muslim holy month of Ramadan, Eurasia Diary reportsciting Anadolu Agency.

"We thought that it would be beneficial to postpone it ...We consulted Qatar, the US and the UN and decided to hold it after Ramadan and Eid festivities," Foreign Minister Mevlut Cavusoglu told the Haberturk news channel, adding there is "no need to hurry" after the recent decision by the US to withdraw its troops.

The Eid al-Fitr holiday is due to follow Ramadan, which ends this year in mid-May.

The international conference, deemed essential for the war-torn country's future amid the withdrawal of foreign troops and escalating violence, was scheduled to be held from April 24 until May 4 in the Turkish metropolis.

"The conference would be meaningless without the Taliban joining. At the moment, we decided to postpone it since there is no clarity about the formation of the delegations and participation...The aim is not to initiate alternative talks to Doha but to contribute to the process. Hosting the meeting together in Istanbul will be Turkey, Qatar and the UN," he said.
Cavusoglu underlined that Turkey made efforts to conduct the meeting before May 1 as US forces were initially supposed to be completely withdrawn from Afghanistan by that day.

Last week, US President Joe Biden announced that the withdrawal of all its forces would begin on May 1 in line with an agreement President Donald Trump's administration made with the Taliban, but some US troops will remain to protect American diplomats.

Biden said American diplomatic and humanitarian efforts would continue in Afghanistan and that the US would support peace efforts between the Afghan government and the Taliban.

"It is time to end America's longest war. It is time for American troops to come home," he said in a televised address on April 14.

"Negotiations continue on a decision in NATO. As part of this decision, we are trying to outline how we can support Afghanistan as NATO allies after the Resolute Support Mission is over," he said.

In his announcement of the withdrawal plan from Afghanistan, Biden said Washington would ask regional countries to "do more" to support Afghanistan, especially Pakistan, as well as Russia, China, India and Turkey.

"They all have a significant stake in the stable future for Afghanistan," he said, adding that over the next few months, Washington will also determine what a continued US diplomatic presence in Afghanistan will look like, including how to ensure the security of the diplomats.

In line with Biden's announcement, all American troops will depart from Afghanistan by Sept. 11, the 20th anniversary of terrorist attacks in the US.

Noting that the Taliban and the state should agree on a permanent cease-fire and determine a political roadmap to avoid a new mission in the country, Cavusoglu recalled that intra-Afghan negotiations in Doha have been initiated for that purpose and thanked Qatar for its contributions.

The intra-Afghan talks began after a February 2020 agreement between the Taliban and the US that sets a timeline for the withdrawal of foreign troops from Afghanistan in exchange for security guarantees.

Kabul has insisted on a permanent cease-fire, a demand so far rejected by the insurgents.

The two sides have been engaged in a second round of talks in the Gulf city since Jan. 10.

Cavusoglu also emphasized that Turkish President Recep Tayyip Erdogan will open the conference, which will be attended by 21 countries, three international organizations and two parties from Afghanistan.