Turkey eliminates over 800 terrorists in 4 months 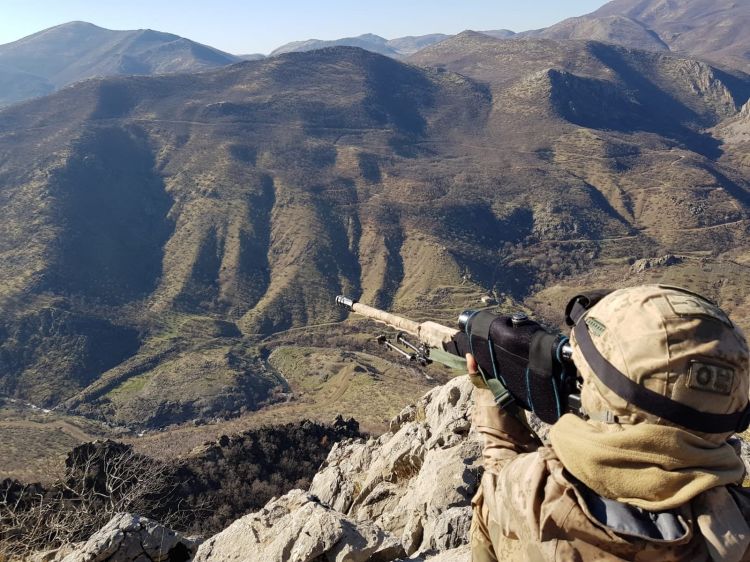 Turkish security forces have eliminated 836 terrorists since the beginning of the year, the Defense Ministry said in a statement Wednesday.
The ministry noted that the Turkish military will continue to pursue its anti-terrorism goals with determination.
In its more than 40-year terror campaign against Turkey, the PKK – listed as a terrorist organization by Turkey, the U.S. and the European Union – has been responsible for the deaths of nearly 40,000 people, including women, children and infants.
Turkish security forces regularly conduct counterterrorism operations in the eastern and southeastern provinces of Turkey, where the PKK has attempted to establish a strong presence.
The Turkish Armed Forces (TSK) also regularly conducts cross-border operations in northern Iraq, a region where PKK terrorists have hideouts and bases from which to carry out attacks in Turkey. Iraq's Kurdistan Regional Government (KRG) also previously called the PKK's presence in Sinjar unacceptable and urged the militants to leave the area.
In northern Iraq, Turkey launched operations Claw-Tiger and Claw-Eagle in June to ensure the safety of the Turkish people and borders by eliminating the threat of the PKK and other terrorist groups.
PKK leadership is struggling to recruit both militants and higher ranks, according to reports. Additionally, many terrorists are reluctant to enter Turkey from Iraq to carry out attacks due to the high number of casualties. In a recent visit to Iraq, Defense Minister Hulusi Akar said that the threat of the PKK must be eliminated through unity and solidarity to ensure border security and peace with its neighbors.