The refusal of Kocharyan-Sargsyan blocs to recognize results of elections is tactical character - Expert
Read: 442 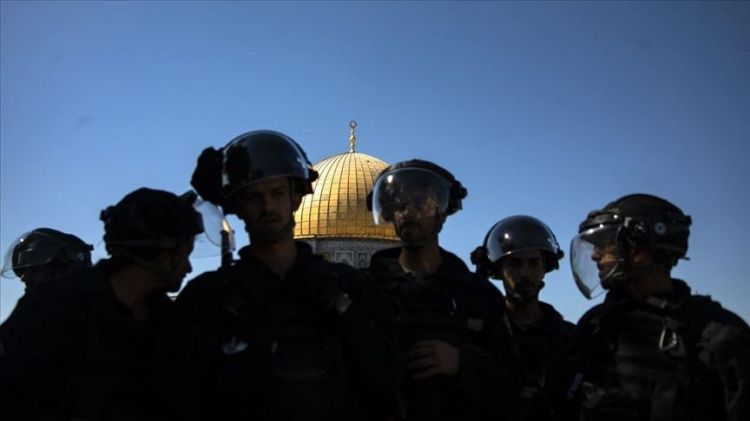 “The European Union calls on the authorities to act urgently to de-escalate the current tensions in Jerusalem,” Peter Stano, the European Commission’s chief spokesperson on foreign affairs, said in a statement.

“Acts of incitement around the Temple Mount/Haram al-Sharif must be avoided and the status quo has to be respected,” he added, terming the violence “unacceptable.”

The bloc urges “political, religious and community leaders on all sides” to “show restraint and responsibility”, as well as to “make every effort to calm down this volatile situation,” the official said.

The statement also stressed that those responsible for Friday’s clashes “on all sides must be held accountable.”

Stano also expressed concern over the evictions of Palestinian families from the Sheikh Jarrah district and other areas of occupied East Jerusalem.

Reiterating the EU’s stance, he said such actions are illegal under international humanitarian law and “only serve to fuel tensions on the ground.”

Recent weeks have seen a serious rise in tensions and violence in the occupied West Bank, particularly in East Jerusalem over the eviction of Palestinians to construct Israeli settlements.

According to the Palestine Red Crescent, at least 205 people have been injured in the Old City and Sheikh Jarrah neighborhoods, while Israeli police said six officers were wounded.

Tensions have run high in the Sheikh Jarrah area all through the week as Israeli settlers have swarmed in after an Israeli court ordered the eviction of Palestinian families.

The West Bank, including East Jerusalem, is seen as occupied territory under international law, thus making all Jewish settlements there illegal.

Since 2001, the EU has repeatedly called on Israel to end all settlement activity and to dismantle the already existing ones.