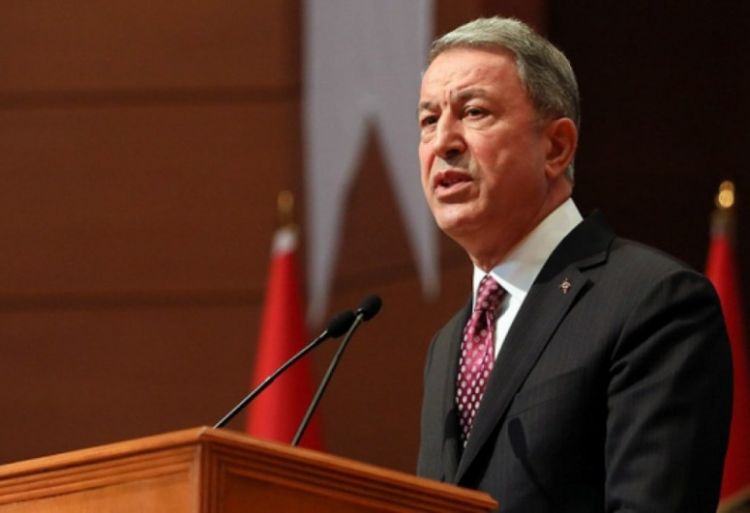 "The only aim of the Turkish Armed Forces is to fight terrorists. The Turkish army has neutralized 1,056 terrorists since January," said Turkish Defense Minister Hulusi Akar at a meeting with the Air Force in Hatay, APA reports.

According to him,"Panja Shimshak" and "Panja Yildirim" operations launched in northern Iraq on April 23 are continuing successfully: "105 terrorists, 291 explosives, 89 caves and shelters, ammunition depots were neutralized as planned."