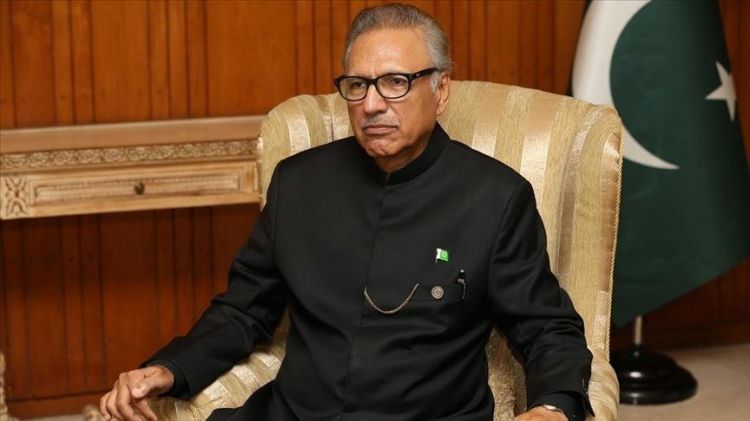 The Pakistani president on Thursday strongly condemned Israel’s violence and illegal actions against Palestinians, and assured his country's full support for the Palestinian cause, Eurasia Diary reports citing Anadolu Agency.

In a letter addressed to his Palestinian counterpart Mahmoud Abbas, Arif Alvi conveyed his deep sadness and concern over a series of violent attacks perpetrated by Israeli occupying forces against innocent worshipers at the Al-Aqsa Mosque during the Muslim holy month of Ramadan.

"Your Pakistani brothers and sisters, including myself, share your pain and distress caused by Israel's indiscriminate killing of innocent Palestinians, including children, in Gaza. We express our profound sympathies and condolences for the victims of these attacks and pray for speedy recovery of the injured," he wrote.

He reaffirmed Pakistan's support for a just settlement of the Palestine issue in accordance with the relevant UN Security Council resolutions, and for the establishment of an independent Palestinian state with pre-1967 borders and Al-Quds Al-Sharif as its capital.

Meanwhile, Pakistan's Prime Minister Imran Khan in his Eid message urged the nation to celebrate Eid al-Fitr with their families at home due to the coronavirus pandemic, and express solidarity with the oppressed Kashmiris and Palestinians.

Tensions have been running high in the Sheikh Jarrah neighborhood of East Jerusalem since last week when an Israeli court ordered the eviction of Palestinian families. The decision was later postponed.

Palestinians protesting in solidarity with residents of the neighborhood have been targeted by Israeli forces.

The occupying also raided the Al-Aqsa Mosque during special night prayers for the fasting month of Ramadan.

The subsequent escalation of tensions resulted in airstrikes by Israel on Gaza, leaving scores of Palestinians dead and wounded. ​​​​​​

Israel occupied East Jerusalem during the 1967 Arab-Israeli war and annexed the entire city in 1980 in a move that has never been recognized by the international community.