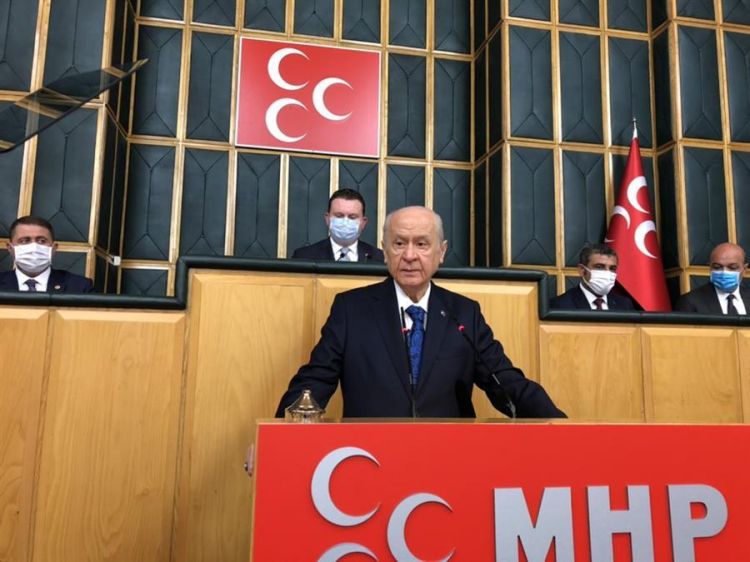 “It’s a good development that the General Assembly of the Constitutional Court accepted the lawsuit filed for the closure of the HDP. The political leg of terrorism should be closed, not to be opened under any name,” Bahçeli said, speaking at his party’s parliamentary group meeting on June 22.

“Kılıçdaroğlu says it is wrong to close a party in democracies, of course, he does. He defends the HDP, shamelessly undressing as the advocate of separatism. The HDP is a shroud cut for Turkish democracy, and it should be closed, and the justice should definitely show its effect on its separatist rulers,” the MHP leader said.

Bahçeli also suggested that the recent attack on the HDP building in the western province of İzmir aimed at “provocation.”

“Is the PKK and foreign intelligence agencies involved in the provocation? Let me tell you who the murdered Deniz Poyraz is. The PKK’s rural participation officer is a militia collaborator in the ring that sends PKK sympathizers who want to leave the city to the mountains, to terror camps,” he said.

Turkey’s Constitutional Court on June 21 unanimously accepted an indictment seeking a ban on HDP for alleged links to the illegal PKK group.