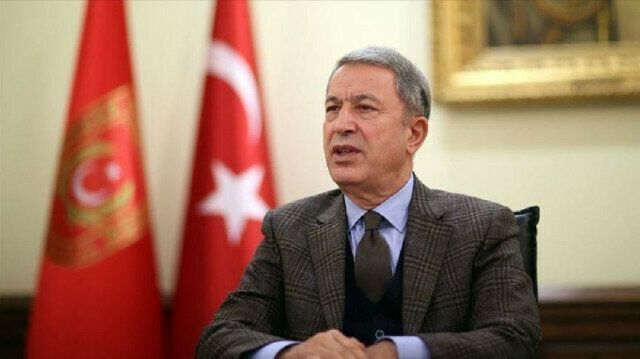 Ankara strives for the safety and well-being of Afghanistan, the country's national defense minister said on Wednesday.
According to Yeni Safak, Speaking to reporters in parliament, Hulusi Akar said a US delegation will pay an official visit to Turkey on Thursday to discuss a proposal for Turkish troops to stay in Afghanistan for the security of the airport in the capital Kabul after NATO forces withdraw from the war-torn country.
Akar noted that Turkey already has a presence in Afghanistan, saying: "At the moment, we’re not in any situation to send [new] soldiers."
Turkish forces have already been protecting Kabul airport for six years, Akar said.
"We continue our work and contacts to maintain our presence there or not."
He added: "Everything is for the safety and well-being of the Afghan people, our Afghan brothers and sisters."
The world has been anxiously watching Afghanistan since US President Joe Biden announced that all American forces would withdraw from the war-torn country by Sept. 11, with NATO allies to follow suit.
Biden and Turkish President Recep Tayyip Erdogan discussed the issue at last week’s NATO leaders’ summit in Brussels.
Ankara has been running the military and logistics operations of the Kabul airport for six years as part of the NATO-led Resolute Support Mission.
Turkey, whose forces in Afghanistan have always been noncombatant troops, has reportedly offered to guard the airport, as questions remain on how security will be assured along major transport routes and at the airport, which is the main gateway to the capital.