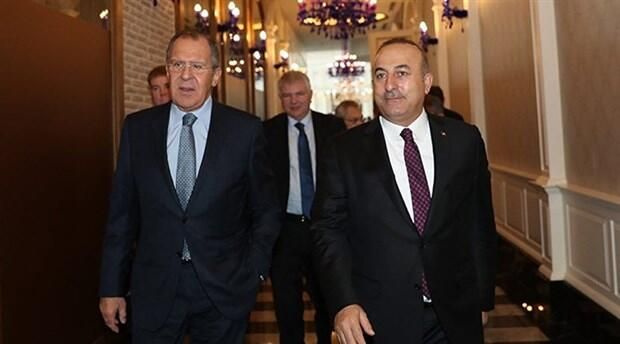 The Turkish and Russian foreign ministers, Mevlüt Çavuşoğlu and Sergey Lavrov, respectively will meet in the Mediterranean province of Antalya on June 30 to discuss a wide range of regional issues including Syria and Afghanistan as well as bilateral relations, the two ministries announced in separate statements, Eurasia Diary reports citing Hurriyet Daily.

“During the meetings to be held in Antalya, parties will discuss Turkish-Russian bilateral relations, as well as regional issues,” read a brief statement by the Turkish Foreign Ministry.

The Russian Foreign Ministry, for its part, informed that the two men will discuss the situation in the South Caucasus, Middle East, North Africa, Afghanistan, Ukraine, Central Asia, Eastern Mediterranean, and Black Sea regions, as well as Syria and Libya, according to a statement released on June 28.

Stating that issues related to the development of commercial and economic cooperation between the two countries will also be discussed, the statement added this January-April, the bilateral trade volume shot up 22 percent, compared to the same period in 2020, topping $9 billion.

It also said cooperation between the two countries in the field of military/technical and high technology will also be evaluated. The statement added that the two top diplomats will discuss issues related to the fight against COVID-19 and the use and production of the Sputnik V vaccine in Turkey.

The meeting between Çavuşoğlu and Lavrov comes amid developments in many of the conflict areas on which Turkey and Russia are either cooperating or competing.

On Syria, the attention has been drawn on whether Russia will approve the continuation of humanitarian aid into Syria via the Cilvegözü border crossing. Turkey and the international community are pressing on Russia to extend the existing U.N. Security Council resolution after July 10.

The two ministers will also discuss the ongoing situation in Idlib province of Syria where Ankara and Moscow are jointly patrolling the M4 highway, separating radical groups from the Syrian regime army.

On Libya, there were reports about an ongoing discussion between Turkey and Russia over the status of foreign forces and mercenaries. Çavuşoğlu and Lavrov will review the developments in the field in light of the Berlin II Conference. Turkey wants the withdrawal of the Russia-affiliated Wagner Group from Libya.

Lavrov will likely draw attention to an ongoing military drill by NATO in the Black Sea which caused a Russian retaliation. Russia described the Sea Breeze exercise as a provocation.

On the bilateral front, Turkey and Russia will prioritize the cooperation against COVID-19 as the two countries agreed to co-produce the Russian vaccine in Turkey. Russia has recently lifted air travel restrictions to Turkey, allowing Russian tourists to travel to Turkish resorts. Turkey has welcomed the move.