'We have never seen a disaster like this. It's really devastating,' German official says 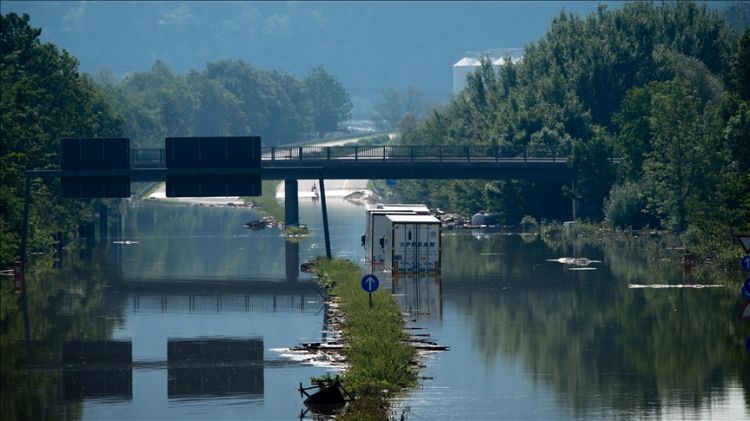 At least 11 people have been killed so far and more than 70 are missing in western Germany after heavy flooding caused havoc for people, daily BILD reported on Thursday
Reacting to the catastrophe in the flood-stricken state of Rhineland-Palatinate, State Prime Minister Malu Dreyer described the situation in the flood areas as a "disaster" that has never been witnessed before.
"There are dead, there are missing, there are many who are still in danger," said Dreyer whose state had already seen some heavy floods in the past.
"We have never seen a disaster like this. It's really devastating. Whole places have been flooded, houses have simply swum away," she added.
The full extent of the damage in the region remained unclear after many villages and small town were cut off by floodwater and landslides that made roads impossible to pass.
Videos posted on social media networks showed cars floating down streets and houses partially collapsed in some areas.
Authorities have declared a state of emergency in the crisis region after days of heavy rainfall that also hit large sections of western Germany, causing major damage.