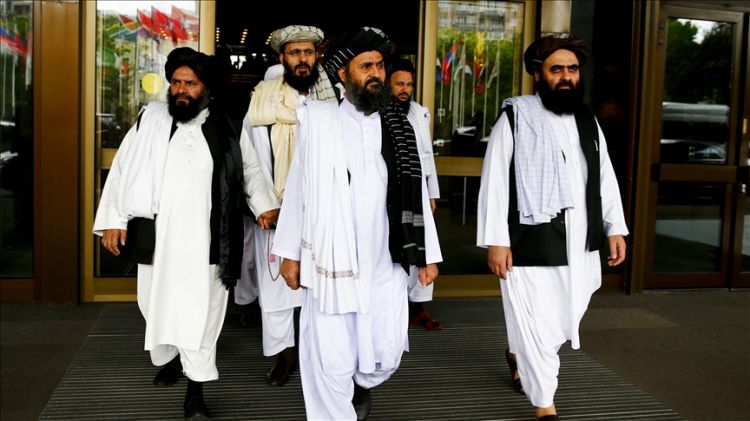 China hosted a nine-member delegation of the Taliban led by political office head, Mullah Baradar Akhund, the group said on Wednesday.
"The meetings focused on political, economic and security issues related to the two countries, the current situation in Afghanistan and the peace process," Taliban spokesman Muhammad Naeem said on Twitter about the two-day visit that began on Tuesday, which included meetings with State Councilor and Foreign Minister Wang Yi, a deputy foreign minister, and special representative on Afghanistan.
The visit, which Naeem said was on Beijing's invitation in the northeastern Tianjin municipality, occurred as the US-led NATO withdrawal from Afghanistan nears completion under a recent agreement between the Taliban and Washington signed in the Qatari capital Doha.
"The Islamic Emirate (Taliban) assured China that Afghan territory would not be used against any country," added Naeem.
He noted that China had pledged to "continue and expand its cooperation with the Afghan people, saying that they would not interfere in Afghanistan's affairs, but would help solve problems and build peace."
"The Islamic Emirate thanked China for its continued cooperation with the people of Afghanistan, especially its continued cooperation in the fight against COVID-19," Naeem said.
Earlier this month, the Taliban said China was a "friendly" country and that it welcomes investments from Beijing in the reconstruction of war-torn Afghanistan.
"We welcome them (China). If they have investments of course we ensure their safety. Their safety is very important for us," Taliban spokesman Suhail Shaheen had said.