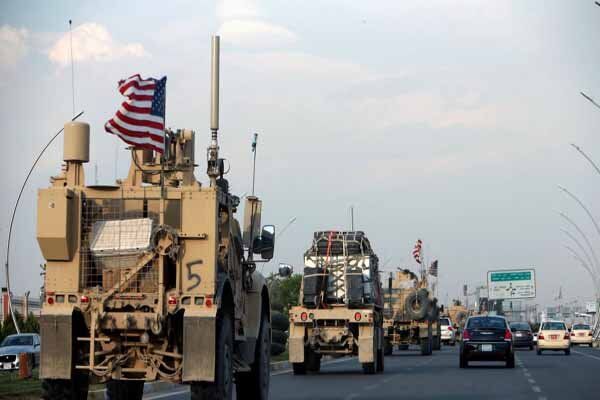 The US forces have continued to reinforce their bases on Syrian territory as a convoy of their vehicles loaded with logistic equipment and materials and weapons has entered Khrab al-Jeer Airport in Hasaka countryside, SANA reported.

Sources from al-Sweidyia village in Yarubiya countryside told SANA reporter that a convoy of the US vehicles that consists of 45 vehicles, loaded with large packed boxes, refrigerated tankers, trucks, and a number of tankers entered through the illegitimate al-Waleed crossing and headed for Khrab al-Jeer Airport in al-Malikiyah area in Hasaka northern countryside.

Over the past weeks, dozens of US trucks loaded with weapons and military and logistic equipment have entered Hasaka through the illegitimate crossings to reinforce their illegitimate presence in the Syrian Jazeera region and to steal the Syrian oil and underground resources.