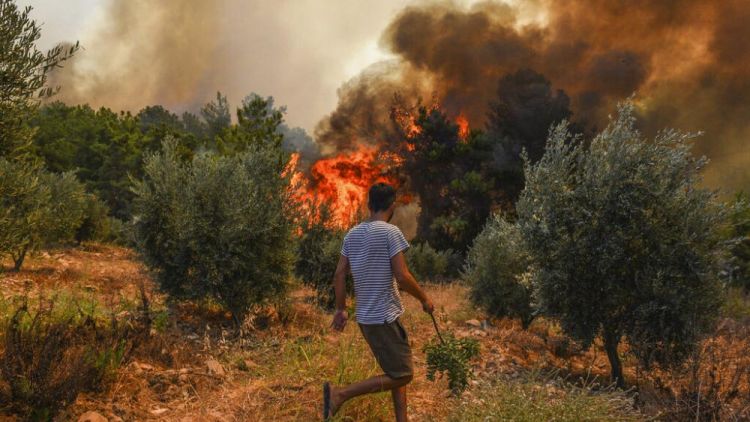 Turkey, which announced the presentation of the Paris Climate Deal to parliament next month, will reduce greenhouse gas emissions by 21 percent as of 2030 by implementing an action plan with nine major points.

According to Hurriyet Daily, “The country prepared an action plan consisting of some 32 targets and some 81 acts collected under nine major points,” daily Milliyet reported on Sept. 23.

President Recep Tayyip Erdoğan declared on Sept. 21 that Paris Climate Pact would be presented to the Turkish Parliament in October.

“We intend to complete the ratification phase of the ‘carbon neutral’ agreement before the United Nations Climate Change Conference in Glasgow [in November],” the president stated in his address to leaders at the 76th General Assembly of the United Nations in New York.

After the announcement, all eyes turned to the action plan the country has prepared in years.

Firstly, a special team was formed to examine the standards the European Union use to combat climate change.

The team, which worked with civil society and environmental voluntary organizations, prepared an “accord plan of European Green deal.”

Implementing the nine major points, 32 targets and 81 acts in the plan, Turkey aims to cut the greenhouse gas emission by 21 percent as of 2030.

“The country succeeded to reduce 3 percent in greenhouse gas emission in 2019 compared to the previous year,” the daily wrote.

The main target is to reach 1.9 billion tons of greenhouse gas emissions in 2030, the daily stated.

Turkey joined the U.N. Framework Convention on Climate Change in 2004 from the “list of developed countries.”

The country signed the Paris Climate Pact a year after it was accepted on Oct. 5, 2015, by 195 countries but did not present the deal to the parliament until today.

Turkey is one of the six countries, including Iran, Iraq, Yemen, Libya and Eritrea, that has not ratified the deal.

“The pact will be submitted to the parliament next month,” Urbanization and Environment Minister Murat Kurum reiterated on Twitter after Erdoğan’s address at the U.N.

“I hope that this historical step taken for the fight against climate change will be beneficial to our country, our citizens and the world,” the minister added.

Due to being on the list of developed countries, Turkey cannot obtain funds. “In the upcoming days, it will be on the country’s agenda to get out of that list and take advantage of the funds,” Kurum said.

“We want Turkey to have fair and egalitarian opportunities in the fight against climate change. Especially we want to benefit from international financial funds on developing financial and technological mechanisms,” he added.