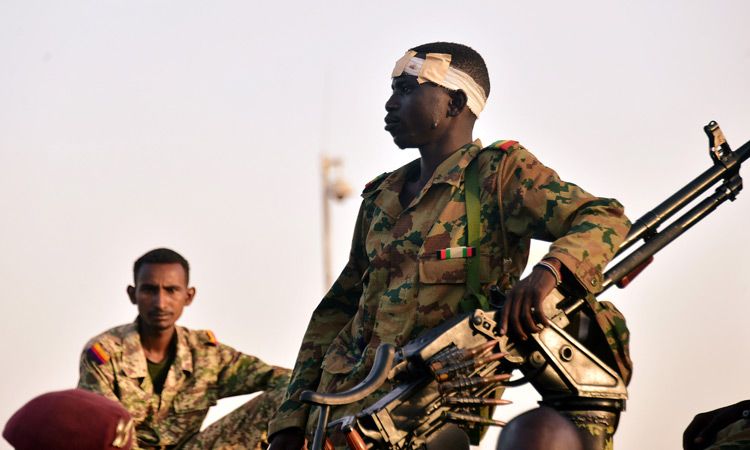 Sudan's army said on Saturday that armed groups and militias linked to the Ethiopian military in a disputed fertile border region had killed “several” soldiers in an attack.
At least six Sudanese soldiers were killed on Saturday in an attack by Ethiopian forces on a Sudanese army post near the border between the countries, Sudanese military sources told Reuters.
Relations between Khartoum and Addis Ababa have soured over Al-Fashaqa, a border zone long cultivated by Ethiopian farmers but claimed by Sudan.
"Our forces tasked with securing the harvest in Al-Fashaqa... were attacked by groups of Ethiopian army forces and militias, who sought to intimidate farmers and spoil the harvest season," Sudan's armed forces said in a statement.
Sudanese troops "repelled the attack" and "inflicted heavy losses in lives and equipment" on the Ethiopian side, it said.
But the attack left "several killed" among Sudanese forces, the army added.
Sudan's army said in an earlier statement on Facebook that "groups of the Ethiopian army and militias attacked its forces in Al-Fashaga Al-sughra, which resulted in deaths ... our forces valiantly repelled the attack and inflicted heavy losses in lives and equipment on the attackers."
The army statement did not provide any details about the death toll.
Ethiopian government spokesperson Legesse Tulu did not immediately respond to a Reuters message seeking comment on the incident.