Biden speaks with European allies ahead of call with Russia's Putin - ednews.net

Biden speaks with European allies ahead of call with Russia's Putin 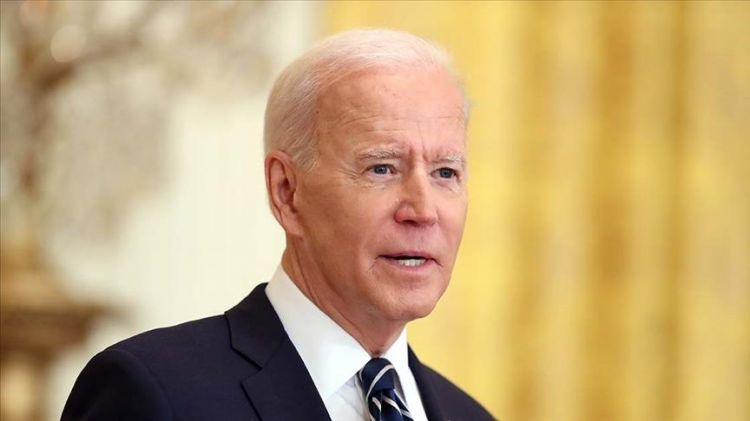 "The leaders discussed their shared concern about the Russian military build-up on Ukraine’s borders and Russia’s increasingly harsh rhetoric. They called on Russia to de-escalate tensions and agreed that diplomacy, especially through the Normandy Format, is the only way forward to resolve the conflict in Donbas through the implementation of the Minsk Agreements," the statement added.

Longstanding tensions over Russia’s illegal annexation of Crimea in 2014 have been exacerbated by Russian-backed separatists in the eastern border region of Donbas, along with a Russian military buildup decried by the West.

The Minsk agreements were signed to stop the ongoing conflict between pro-Russian separatists and the Kyiv administration.

The agreements included a cease-fire in the region and prisoner exchange while also allowing Kyiv to adopt a constitutional amendment that would give Donbas a special status.

The pro-Russian separatist forces, on the other hand, were supposed to withdraw from the Ukrainian-Russian border.

However, implementation of the agreements has been hampered as the two sides accuse each other of violating the cease-fire

Biden and the European leaders also underscored their support for Ukraine’s sovereignty and territorial integrity, the statement said.

"They agreed that their teams will stay in close touch, including in consultation with NATO allies and EU partners, on a coordinated and comprehensive approach," it added.

Earlier, Kremlin spokesman Dmitry Peskov announced that the whole meeting will be closed, there will be no live broadcast, while a video of the first minutes of the meeting will be shared on the Kremlin website.

Putin and Biden will discuss tensions around Ukraine, NATO's advance to the Russian borders, and Moscow's demand to provide guarantees about the alliance's non-expansion, and implementation of the agreements reached during the Geneva summit in June.

The meeting is expected to be a direct conversation between the two leaders, but Peskov admitted that some other officials could also take part in it.