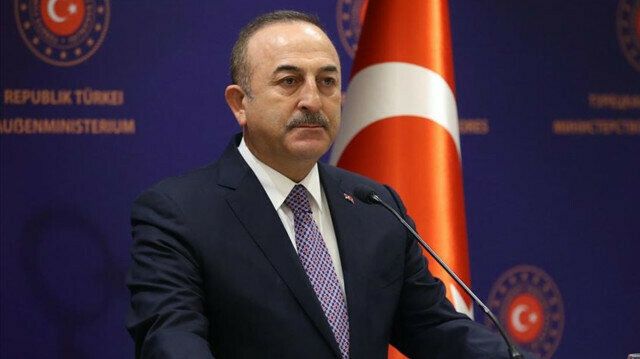 The success of UN peacekeeping forces requires the consent of all sides, including on the divided island of Cyprus, said Turkey's foreign minister on Wednesday, Yeni Safak reports.

“Let me underline the need for the UN to seek the consent of the Turkish Cypriot authorities for the UN peacekeeping force on the island,” known as UNFICYP, said Cavusoglu, in an address to UN Peacekeeping Ministerial meeting held in the South Korean capital Seoul, via video link.

“Furthermore, it should be recalled that the only occupation on the island took place in 1963, which in fact led to the deployment of UN peace force in 1964,” he added, referring to ethnic violence by ethnic Greeks on the island that forced Turkish Cypriots to withdraw into enclaves for their safety.

This July, Turkey said that the UN Security Council’s extension of the mandate of the UN Peacekeeping Force on Cyprus has "no meaning or value for us” as it “ignores once again the will of the Turkish Cypriot people.”

"It is against the UN’s own rules and principles that the (Turkish Cypriot) authorities’ consent was not obtained for the extension of the mandate,” said a Foreign Ministry statement, adding that Turkey expects “the UN to rectify this situation … as soon as possible.”

Cyprus has been mired in a decades-long dispute between Greek and Turkish Cypriots, despite a series of diplomatic efforts by the UN to achieve a comprehensive settlement.

Ethnic attacks starting in the early 1960s forced Turkish Cypriots to withdraw into enclaves for their safety.

In 1974, a Greek Cypriot coup aimed at Greece’s annexation led to Turkey's military intervention as a guarantor power to protect Turkish Cypriots from persecution and violence. As a result, the Turkish Republic of Northern Cyprus (TRNC) was founded in 1983.