Roots of Peace and the International Eurasia Press Fund have addressed an appeal to the UN Secretary-General
Read: 359

We are now stationed all along the border, military units have been established on all our borders - Azerbaijani President
Read: 240

Iranian top negotiator arrives in Vienna for talks with P4+1 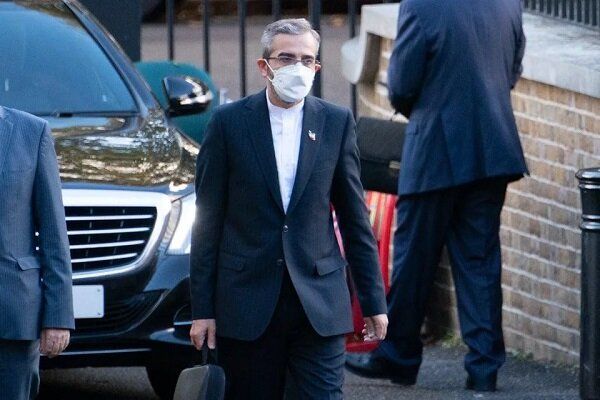 Iranian top negotiator Ali Bagheri Kani arrived in the Austrian capital of Vienna on Monday morning to continue talks with the P4+1 countries on the removal of the illegal sanction, Mehr news reports.

Heading a high-ranking delegation, Ali Bagheri Kani arrived in Vienna to hold talks with the remaining parties to the JCPOA on the removal of the illegal sanctions.

Bagheri Kani is scheduled to attend the Coburg Hotel in the next few hours to hold diplomatic and expert talks with the P4+1 group.

How to verify the lifting of US sanctions and explain the indicators and criteria by which the possibility of the US withdrawing from the JCPOA to be minimized and it would not be able to impose new sanctions contrary to the agreement will be the main agenda of the negotiations in the coming days.

The first round of the sanction removal talks under Iranian President Ebrahim Raeisi’s administration started on November 29 following a five-month pause.

Representatives of Iran and the P4+1 group of countries including the UK, France, Russia, China and Germany began the eighth round of the Vienna talks, the second round of talks under Raeisi on Dec. 27.

Referring to the progress made in the previous round, Iran’s top negotiator Ali Bagheri Kani stressed the need to remove anti-Iranian sanctions and provide objective and sufficient guarantees from the other side to verify these measures.

Like the previous round of talks, the Iranian delegation is fully prepared to engage seriously and advance the talks, Bagheri Kani added.