US, UN call for restraint in Kazakhstan amid protests - ednews.net

US, UN call for restraint in Kazakhstan amid protests 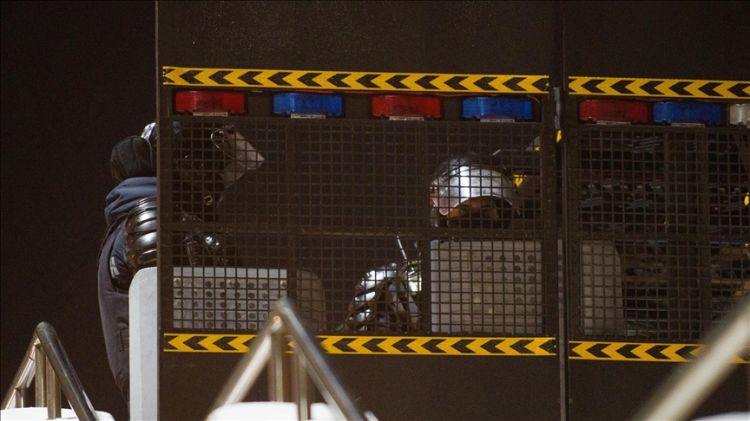 The US on Wednesday called for restraint in Kazakhstan, which has been hit by rising social tensions over a huge increase in liquefied petroleum gas (LPG) prices, Anadolu Agency reports.

In a statement, State Department spokesman Ned Price said Washington is closely following the situation in Kazakhstan, which he called "a valued partner.”

"We condemn the acts of violence and destruction of property and call for restraint by both the authorities and protestors," said Price.

He said the US asks all Kazakhstanis to respect and defend constitutional institutions, human rights, and media freedom, including through the restoration of internet service.

"We urge all parties to find a peaceful resolution of the state of emergency," he added.

The UN also urged the authorities and demonstrators to "exercise restraint, refrain from violence and promote dialogue."

In a statement, Stephane Dujarric, the spokesman for Secretary General Antonio Guterres, said the UN is following events in Kazakhstan "with concern."

Drivers in the city of Zhanaozen began demonstrating against the increase in LPG prices Sunday, which soon grew into mass protests throughout the country.

According to the Kazakh Interior Ministry, more than 200 people were arrested for disrupting public order after 37 police vehicles were damaged and 95 officers were injured during the protests.

Holding the government responsible for the protests, President Kassym-Jomart Tokayev on Wednesday approved the resignation of Prime Minister Askar Mamin and his ministers.

As the protests spread across the country, Tokayev declared a state of emergency in the city of Almaty and the oil-rich Mangystau region in the west from Jan. 5-19 to maintain public security. He also imposed a curfew in Almaty, the country’s former capital, where thousands of people had taken to the streets.

In response to the protests, the government decided Wednesday to introduce price controls on LPG, gasoline, diesel fuel and basic food products for 180 days.