US - Only a few weeks left to save Iran nuclear deal - ednews.net

US - Only a few weeks left to save Iran nuclear deal

US Secretary of State Antony Blinken said reviving the accord "would be the best result for America's security", but that if diplomacy fails, "US and allies are looking at other steps, other options". 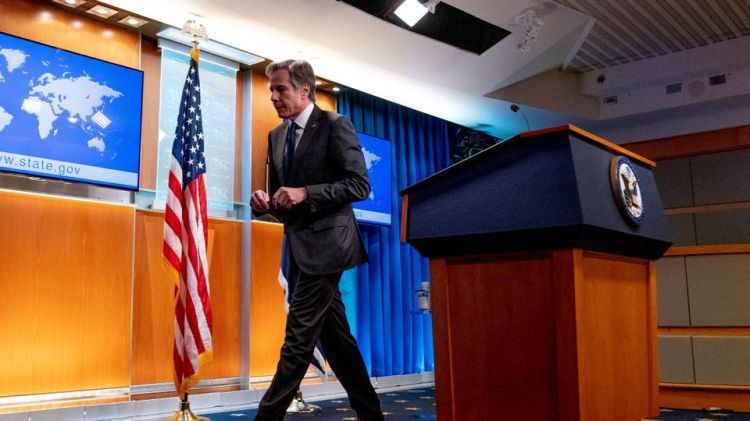 There are only "a few weeks left" to save the Iran nuclear deal, and the United States is ready to look at "other options" if negotiations fail.
"We have, I think, a few weeks left to see if we can get back to mutual compliance," Secretary of State Antony Blinken said in an interview with US public radio station NPR on Thursday.
Tehran has made nuclear advances that "will become increasingly hard to reverse" as the country continues to increase its know-how, "a result of having broken out of their constraints under the agreement," he said.
"Iran is getting closer and closer to the point where they could produce on very, very short order enough fissile material for a nuclear weapon," he added.
While accepting that resuscitating the 2015 Joint Comprehensive Plan of Action (JCPOA) is the primary priority, Blinken also pointed toward alternative options for the US.
On-and-off talks
Talks to restore the 2015 accord between Tehran and world powers - United States, France, Britain, Russia, China, and Germany.
The 2015 deal had offered Iran much-needed relief from sanctions that have crippled its economy, in return for curbs on its nuclear program.
But then-US president Donald Trump's unilateral withdrawal from the deal in 2018 prompted Tehran to walk back on its commitments.
Talks were reinitiated last year, but stopped in June as Iran elected President Ebrahim Raisi to then be resumed in November.
Trump's successor Joe Biden has backed a return, with Washington indirectly taking part in the European-brokered negotiations on reviving the JCPOA.
After months of stalled talks, hosted in Vienna, Washington recently reported modest but still insufficient progress.
Reviving the accord "would be the best result for America's security," said Blinken. "But if we can't, we are looking at other steps, other options" with allies including in Europe and the Middle East.
Blinken has previously raised implicit threats of military action.
The other options have been "the subject of intense work as well in the past weeks and months," he said. "We're prepared for either course."