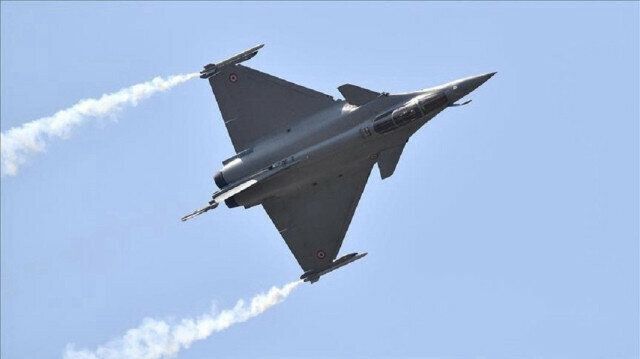 Greece will welcome its first six Dassault-made Rafale jets on Wednesday at the Tanagra Air Base in a ceremony that will be attended by Prime Minister Kyriakos Mitsotakis, Yeni Safak reports.

In January of last year the country had ordered 18 jets. In September of the same year, it added six more units to its fleet.

The aircraft which will cost €2.5 billion ($3.03 billion) are scheduled to take off from Istres in France and will land at the air base after flying over the Acropolis at noon.

Greece is looking to boost its defense capacity by acquiring three more French Belhara frigates which will be delivered in 2025 and 2026.

A €5-billion budget has been billed to the Greek Navy of which €3 billion will go to the procurement of Belhara frigates and another €1.5 billion will be spent for the purchase of four corvettes.