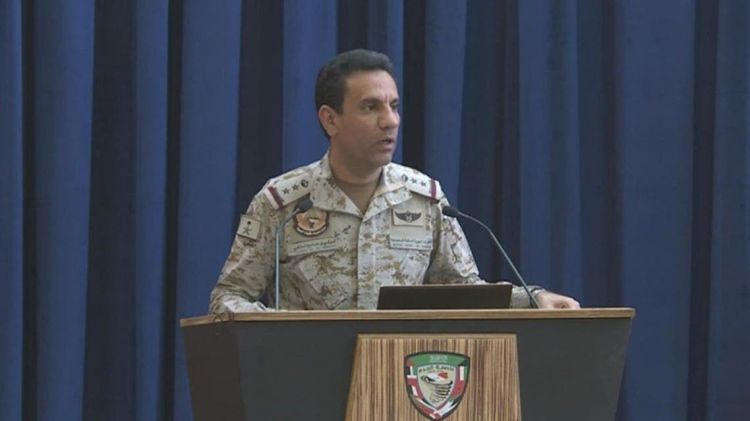 The Arab Coalition has said reports of widely circulated claims of strikes and casualties at a detention center in Yemen’s Sa’dah Governorate are “baseless and unfounded,” the official Saudi Press Agency reported on Saturday, Al-Aarabiya reports.

“These claims adopted by the militia are baseless and unfounded,” said Brigadier General Turki al-Malki, an official spokesperson of the Arab Coalition, in a statement carried by the official Saudi Press Agency (SPA).

On Friday, several media outlets alleged the coalition to have led an airstrike that killed detainees in a prison run by the Iran-backed Houthi militia.

However, after these reports surfaced, the coalition reportedly conducted a “comprehensive After Action Review (AAR) in accordance with the internal mechanism” and found the claim to be “groundless.”

The Arab Coalition has been carrying out attacks against legitimate military Houthi targets in Yemen in recent months, warning civilians to not approach or gather around the targeted sites beforehand.

The coalition strikes are defense against Yemen’s Iran-backed Houthis who have launched dozens of cross-border attacks, the latest of which impacted UAE’s Abu Dhabi.

The coalition continues to maintain that the operations are conducted in line with international humanitarian law, which was reiterated in the latest statement on SPA.

The statement said: “The target in question has not been placed on the No Strike List (NSL) in accordance with the agreed upon mechanism with the United Nations Office for the Coordination of Humanitarian Affairs (OCHA) Yemen, has not been reported by the International Committee of the Red Cross (ICRC), and does not adhere to the rules of the International Humanitarian Law concerning detention centers stated in Article (23) of Geneva Convention (III) relative to the Treatment of Prisoners of War, which establishes distinctive symbols and preventative measures for such locations.”

The spokesperson also clarified that the findings of the internal investigation will be shared with OCHA and ICRC.