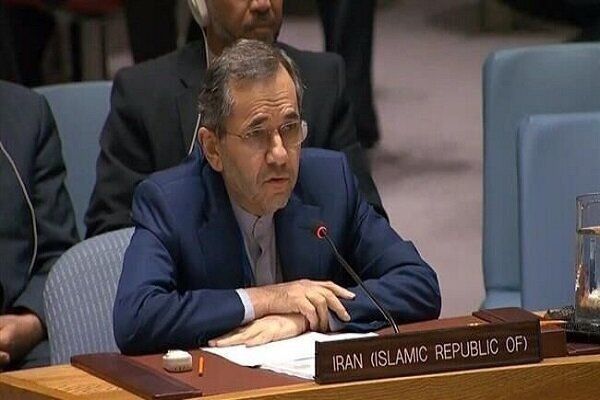 Stating that Afghanistan is facing an unprecedented humanitarian crisis, Iran’s ambassador to the United Nations said that if the situation is not controlled, it could lead to socio-politic collapse, Mehr News reports.

Speaking in a session of the UN Security Council (UNSC) on the situation of Afghanistan on Thursday, Iran’s Permanent Ambassador to the United Nations Majid Takht-Ravanchi said that Afghanistan is facing an unprecedented humanitarian crisis.

According to reports of the United Nations, more than 24 million people in Afghanistan are in dire need of humanitarian assistance and half of the population in this country are facing absolute starvation, he said, adding, “In addition, more than 9 million Afghan people are displaced. If the situation is not controlled, it could lead to the socio-economic collapse of this country.”

Islamic Republic of Iran expresses its serious concern about the possible destructive consequences of this situation on the security and stability of the region, including neighboring countries, Takht-Ravanchi underlined.

Iran has so far dispatched humanitarian aid to Afghanistan including basic goods such as food, medicine and medical equipment, he continued.

Following the Taliban takeover, Iran has kept its borders with Afghanistan open to help Afghan people and presently, trade activities between the two countries of Iran and Afghanistan are normal.

Elsewhere in his remarks, Iran UN Envoy pointed to the US sanctions imposed on Iran and stated that Iran’s financial resources have been limited due to the oppressive and unilateral US sanctions.

Islamic of Iran has spent a lot on healthcare, vaccination and education for Afghan refugees as well, he emphasized.

It is obvious that if the international community fails to live up to its commitments to help Afghan migrants, many of them will go to Europe through Iran, Iran’s Permanent Ambassador to the United Nations added.