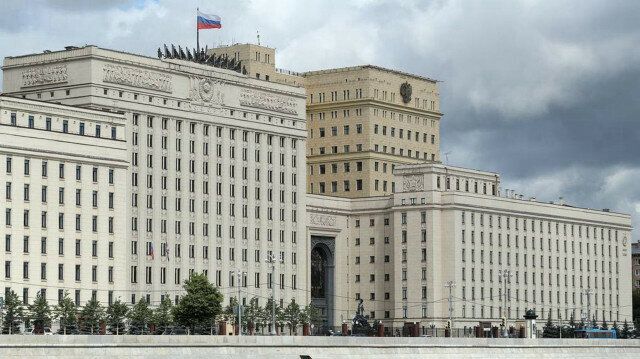 The Russian Defense Ministry announced on Tuesday it plans to strike Ukraine's Security Service (SSU) headquarter and the main center for information and psychological operations in Kyiv, Yeni Safak reports.

The ministry said the strikes will be carried out using high-precision weapons and called on the civilians to leave the area.

"In order to prevent information attacks against Russia, strikes with high-precision weapons will be carried out at the facilities of the SSU and the 72nd main center for information and psychological operations (CIPO) in Kyiv.

"We call on Ukrainian citizens -- drawn by Ukrainian nationalists to carry out provocations against Russia -- as well as residents of Kyiv living near the facilities to leave their homes," it said.

Since last Thursday -- days after Russian recognition of two separatist-held enclaves in eastern Ukraine -- Russia's war on Ukraine has been met by an outcry from the international community, with the EU, UK, and US implementing a range of economic sanctions against Russia.

Russia has been further isolated after its planes have been barred from flying in European and Canadian airspace, and a number of its banks have been kicked out of the SWIFT international banking system.